Neurospin Seminar: From the Proton to the Human Brain 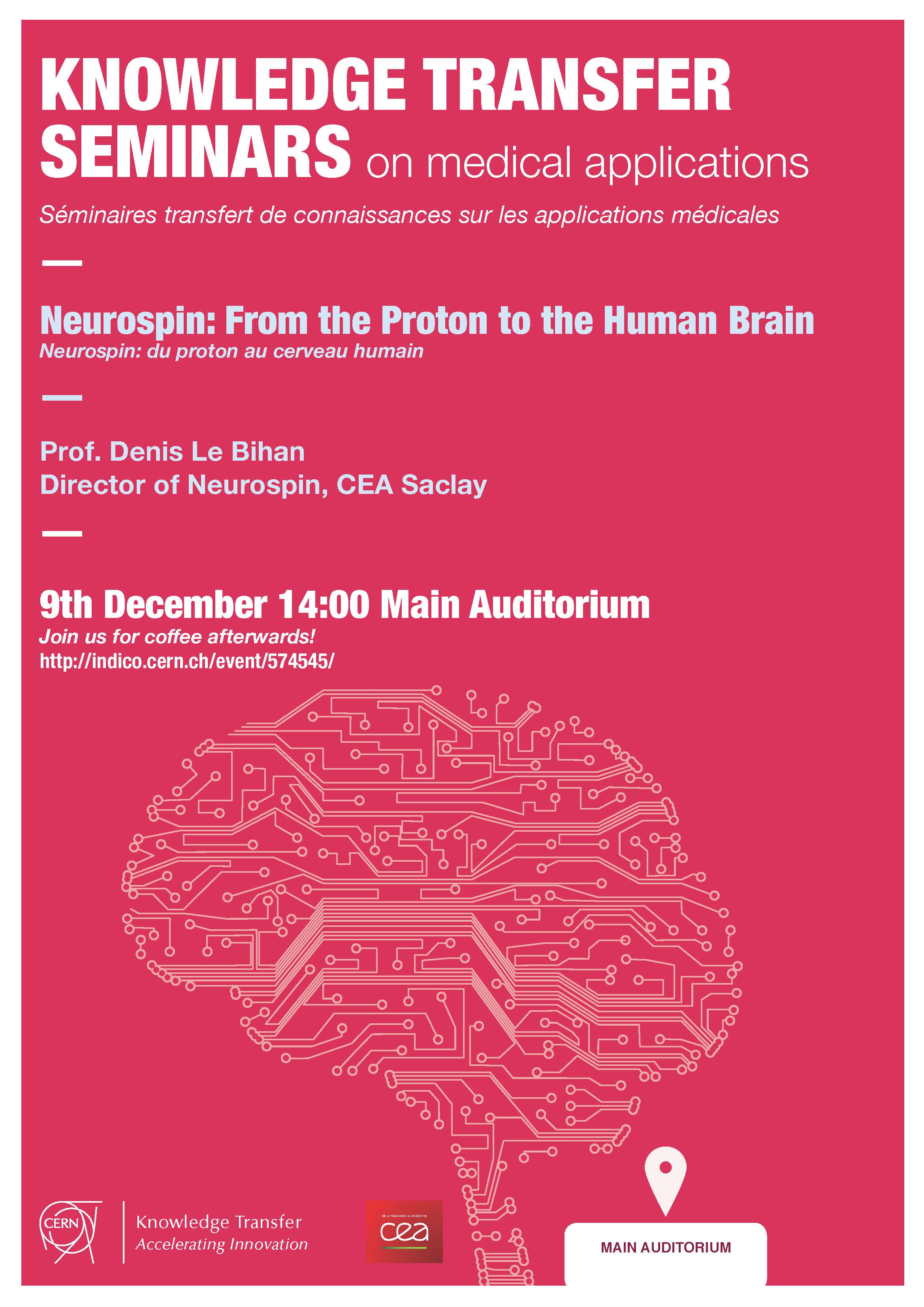 From the Proton to the Human Brain

Abstract: The understanding of the human brain is one of the main scientific challenges of the 21st century. In the early 2000s the French Atomic Energy Commission (CEA) launched a program to conceive and build a “human brain explorer”, the first human MRI scanner operating at 11.7T. This scanner was envisioned to be part of the ambitious Iseult project, bridging together industrial and academic partners to push the limits of molecular neuroimaging, from mouse to man, using Ultra-High Field (UHF) MRI. In this seminar a summary of the main features of this magnet, and the neuroscience and medical targets of NeuroSpin where this outstanding instrument will be installed in 2017 will be surveyed. The unprecedented resolution and the new contrasts allowed by such UHF magnets, in combination with innovative concepts in physics and neurobiology, will allow to explore the human brain at a mesoscale at which everything remains to discover and certainly open a new window of opportunities to better understand our brain and some of its illnesses, such as neurodegenerative diseases and psychiatric disorders.

Biography and position: Denis Le Bihan holds an M.D. (Neurosurgery and Radiology) and a Ph.D in Physics (Nuclear and Elementary Particles). Since 1987 he has hold positions in the USA (NIH, Bethesda, Maryland and Georgetown University, Washington, DC), France (CEA) and Japan (Kyoto University). In 2007 Prof. Le Bihan became the Founding Director of NeuroSpin, a new Institute of the French CEA aimed at developing and using ultra high field Magnetic Resonance to understand the brain. Prof. Le Bihan is especially credited with inventing, developing and introducing into research and clinical practice the concept of diffusion MRI, a new and powerful approach to study normal and diseased brain anatomy and function, as well as brain wiring. Prof. Le Bihan has received many awards, such as the Gold Medal of the International Society for Magnetic Resonance in Medicine, the Lounsbery Award from the National Academy of Sciences (USA) and French Academy of Sciences, the Louis D. Award of the Institut de France, the Honda Prize and Louis Jeantet Foundation Award. Prof Le Bihan is a full member of the French Academy of Sciences and of the Academy of Technologies, and an Associate Member of the National Academy of Pharmacy and a corresponding member of the National Academy of Medicine.

You are invited to join the speaker and organisers for coffee after the talk!

You can read more about high field magnets and their impact on the fields of high energy physics and neuro-imaging in the CERN Bulletin here.