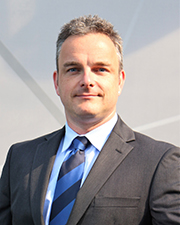 He has been a member academic staff at the University of Liverpool and a member of the Cockcroft Institute of Accelerator Science and Technology since 2008. In 2011 he was promoted to Full Professor of Physics and he has been the Head of the Physics Departmentsince September 2016.

He has initiated and is coordinating the EU-funded research and training networks DITANET, LA3NET, oPAC, OMA and AVA. He is also Director of the STFC CDT on Big Data Science. With a combined budget of more than 20 million pounds these are the largest research and training initiatives ever realised in accelerator science.