We regret to inform that IWARA 2021 has been cancelled due to the COVID-19 outbreak. The next IWARA event is in 2022, in Guatemala. 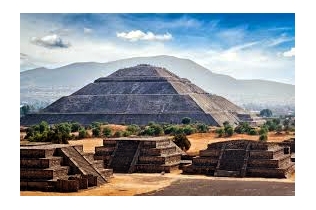 The event is the tenth in a series of meetings gathering scientists working on astroparticle physics, cosmology, gravitation, nuclear physics, and related fields. As in previous years, the IWARA2021 meeting sessions will consist of invited and contributed talks, poster sessions, and will cover recent developments in the following topics:

• New phenomena and new states of matter in the Universe
• General relativity, gravitation, cosmology
• New directions for general relativity: past, present and future of general relativity
• FRW cosmologies
• Cosmic microwave background radiation
• First stars, hypernovae, and faint supernovae in the early Universe
• Quantum gravity and quantum cosmology
• Gravity and the unification of fundamental interactions
• Supersymmetry and Inflation
• String theory
• White dwarfs, neutron stars and pulsars
• Black hole physics and astrophysics
• Gamma-ray emission in the Universe
• High energy cosmic rays
• Gravitational waves
• Dark energy and dark matter
• Strange matter and strange stars
• Antimatter in the Universe
• High-energy cosmic neutrinos
• Blazars
• Quantum chromodynamics, nuclear and particle physics and new states of matter in the Universe. Heavy ion collisions and the formation of the quark-gluon plasma in heavy ion collisions and in the first instants of the Universe
• Strong magnetic fields in the Universe, strong magnetic fields in compact stars and in galaxies, ultra-strong magnetic fields in neutron star mergers, quark stars and magnetars, strong magnetic fields and the cosmic microwave background
• Laboratories, observatories, telescopes and other experimental and observational facilities that will define the future directions of astrophysics, astronomy, cosmology, nuclear and astroparticle physics as well as the future of physics at the energy frontiers, and topics related to these.

The Marcos Moshinsky prize will be offered at IWARA2021 to the best posters and short talks of undergraduate and postgraduate students.