Racism in science and society - Angela Saini in conversation 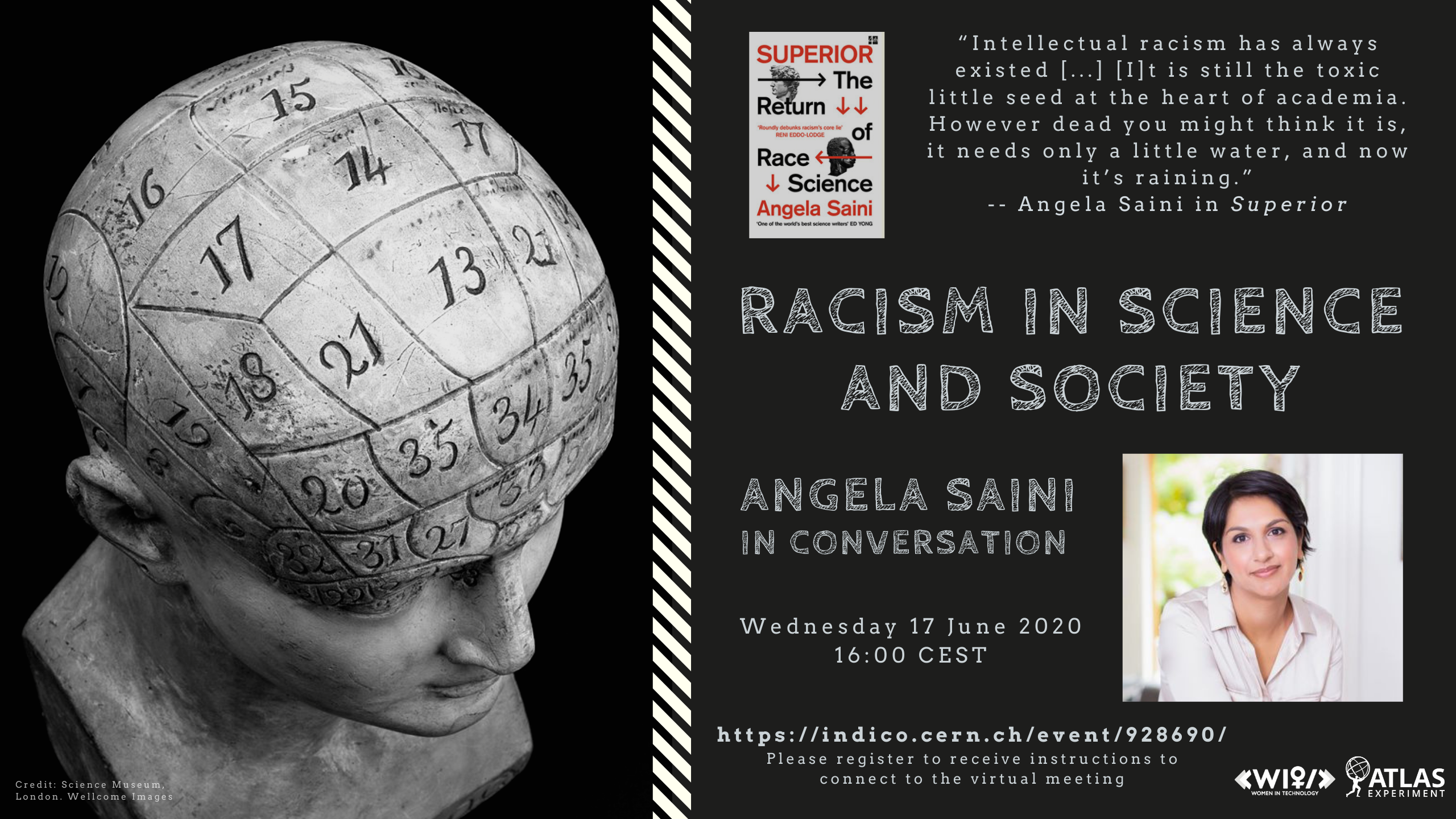 *** The recording is available temporarily at this link ***

“Intellectual racism has always existed [...] [I]t is still the toxic little seed at the heart of academia. However dead you might think it is, it needs only a little water, and now it’s raining.” -- Angela Saini in Superior

In the wake of the global uprising against anti-Black, racist police violence--sparked by the killing of Black Americans George Floyd, Breonna Taylor, Ahmaud Arbery, and many others, but with protests being held in not just in the United States but in Austria, Belgium, Bulgaria, Czech Republic, Denmark, Finland, France, Germany, Greece, Hungary, Israel and Palestine, Italy, Netherlands, Norway, Poland, Portugal, Romania, Serbia, Slovakia, Spain, Sweden, Switzerland, the United Kingdom, Cyprus, Croatia, India, Lithuania, Pakistan, Turkey, Canada, Australia, South Korea, Senegal, Japan, Mexico, Jamaica, Thailand, and South Africa, and many others--the urgency to address structural racism in our institutions has reached new heights. But to really confront systemic racism in academia and society, we need to ask some very basic questions. What really *is* the concept of race? What are its origins in the sciences? Why do so many people still think that "race" has a valid biological or genetic basis, even though research and history show it does not? And how can we deconstruct these assumptions to dismantle white supremacy in academia and society at large?

Join us for a conversation with science journalist Angela Saini, author of 2019's Superior: The Return of Race Science…

...to examine how "race" arose as a tool of oppressive classification; how it has been given a veneer of scientific and intellectual respectability by bigoted pseudoscientists throughout the centuries; why and how racist pseudoscience has returned recently under the auspices of "intelligence studies", evolutionary psychology, & "race realism"; how such pseudoscience is used by contemporary white supremacists to justify their racism and build power; and how the thin intellectual veneer of racism contributes to inequality and prejudice in our academic institutions.

Videoconferencing will be available to registrants on the day of the event.  Please register and send us your questions in advance via menti.com with the code: 52 65 5