The physical sciences are replete with high-fidelity simulators: computational manifestations of causal, mechanistic models. Ironically, while these simulators provide our highest-fidelity physical models, they are not well suited for inferring properties of the model from data. I will formulate the emerging area of simulation-based inference, which has the potential to revolutionize high energy physics, Multi-messenger astronomy, and neuroscience. These methods bring together traditional numerical simulations, machine learning and artificial intelligence, and statistical inference in a way that leads to new computational patterns and challenges.

Kyle Cranmer is currently a Professor of Physics at New York University, and associated faculty at the Center for Data Science. He will become the next director of the American Family Insurance Data Science Institute on July 1, 2022, and join the faculty in the University of Wisconsin–Madison Department of Physics, with an affiliate appointment in Statistics.  He is an experimental particle physicist working, primarily, on the Large Hadron Collider, based in Geneva, Switzerland. Professor Cranmer developed a framework that enables collaborative statistical modeling, which was used extensively for the discovery of the Higgs boson in July, 2012. His current interests are at the intersection of physics, statistics, and machine learning.

Professor Cranmer obtained his Ph.D. in Physics from the University of Wisconsin-Madison in 2005 and his B.A. in Mathematics and Physics from Rice University. He was awarded the Presidential Early Career Award for Science and Engineering in 2007, the National Science Foundation's Career Award in 2009, and elected an American Physical Society Fellow in 2021. 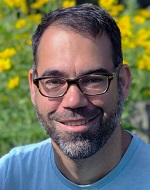 The A3D3 Seminar is a monthly lecture series that hosts scholars working across applied areas of artificial intelligence, such as hardware algorithm co-development, high energy physics, multi-messenger astrophysics,  and neuroscience. Our presenters come from all four domain fields and include occasional external speakers beyond the A3D3 science areas, governmental agencies and industry. The seminar will be recorded and published in YouTube. To receive future event update, subscribe here.