MARS Spectral Imaging: From High-Energy Physics to a Biomedical Business 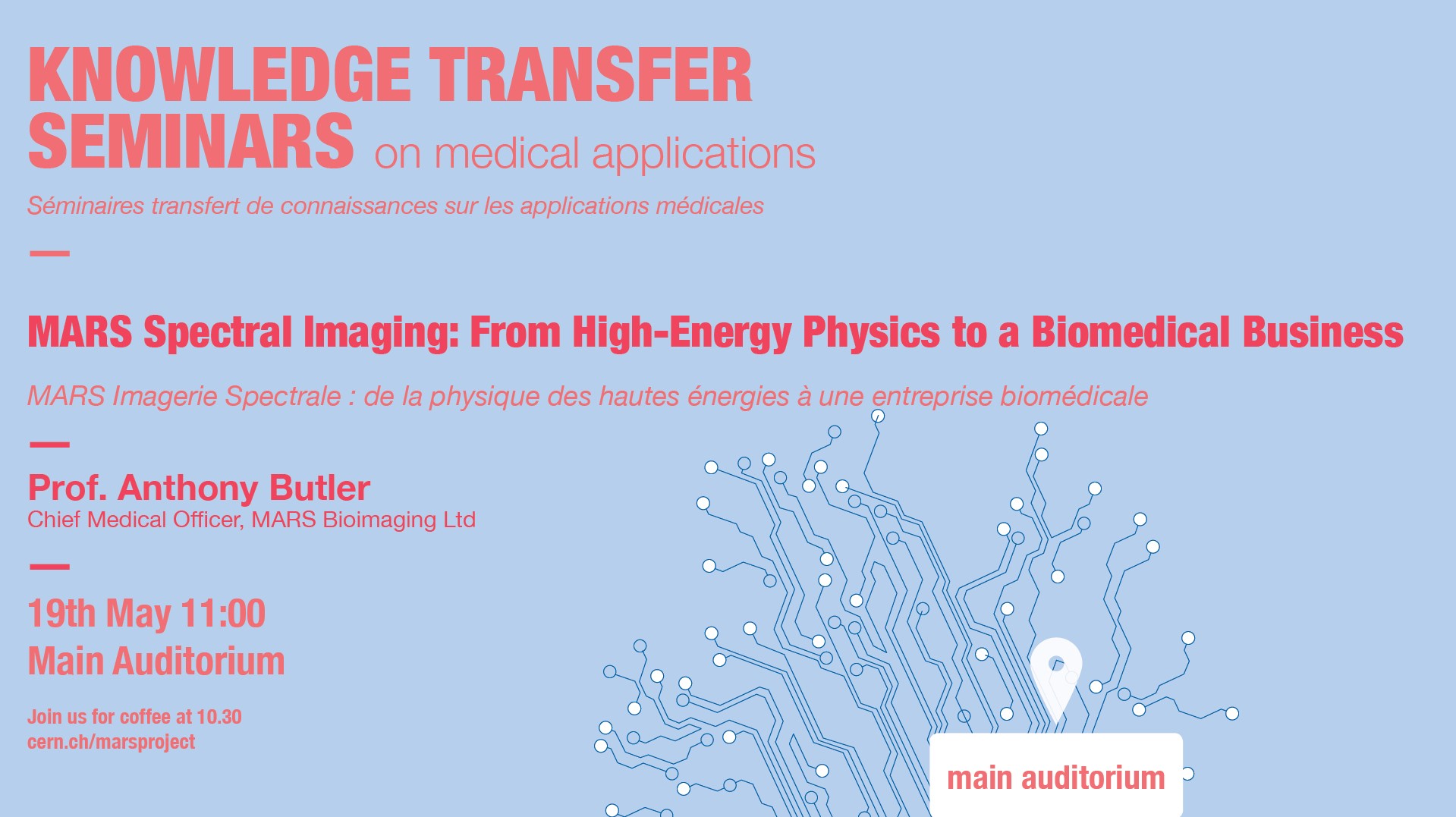 The scanners have developed from a 10 year scientific collaboration between New Zealand and CERN. In parallel a company, MARS Bioimaging Ltd, was founded to commercialise the technology by productising the scanner and selling it to biomedical users around the world.

The New Zealand team is now more than 30 people including staff and students from the fields of physics, engineering, computing, maths, radiology, cardiology, biochemistry, oncology, and orthopaedics.

Current work with pre-clinical scanners has concluded that the technology will be  useful in heart disease, stroke, arthritis, joint replacements, and cancer.

In late 2014, the government announced funding for NZ to build a MARS scanner capable of imaging humans.

Professor Anthony Butler is a radiologist with formal training in physics and computing. He has academic affiliations with the University of Otago Christchurch, the University of Canterbury, and CERN (European Centre for Nuclear Research).

At Canterbury District Health Board, he works as a clinical radiologist. At the University of Otago Christchurch, he is head of the Department of Radiology and director of the Centre for Bioengineering and Nanomedicine. At CERN he is a member of both the Medipix3, Medipix4, and CMS collaborations. At the University of Canterbury, he is a researcher in the Department of Physics and Astronomy.

In 2007 he was one of the founder of MARS Bioimaging Ltd, a company formed to commercialise spectral imaging technology. He remains on the board and is the Chief Medical Officer.

Meet the speaker and members of the KT team before the seminar: Join us for coffee at 10.30.