Fourth Conference of Nordic Network for Diversity in Physics 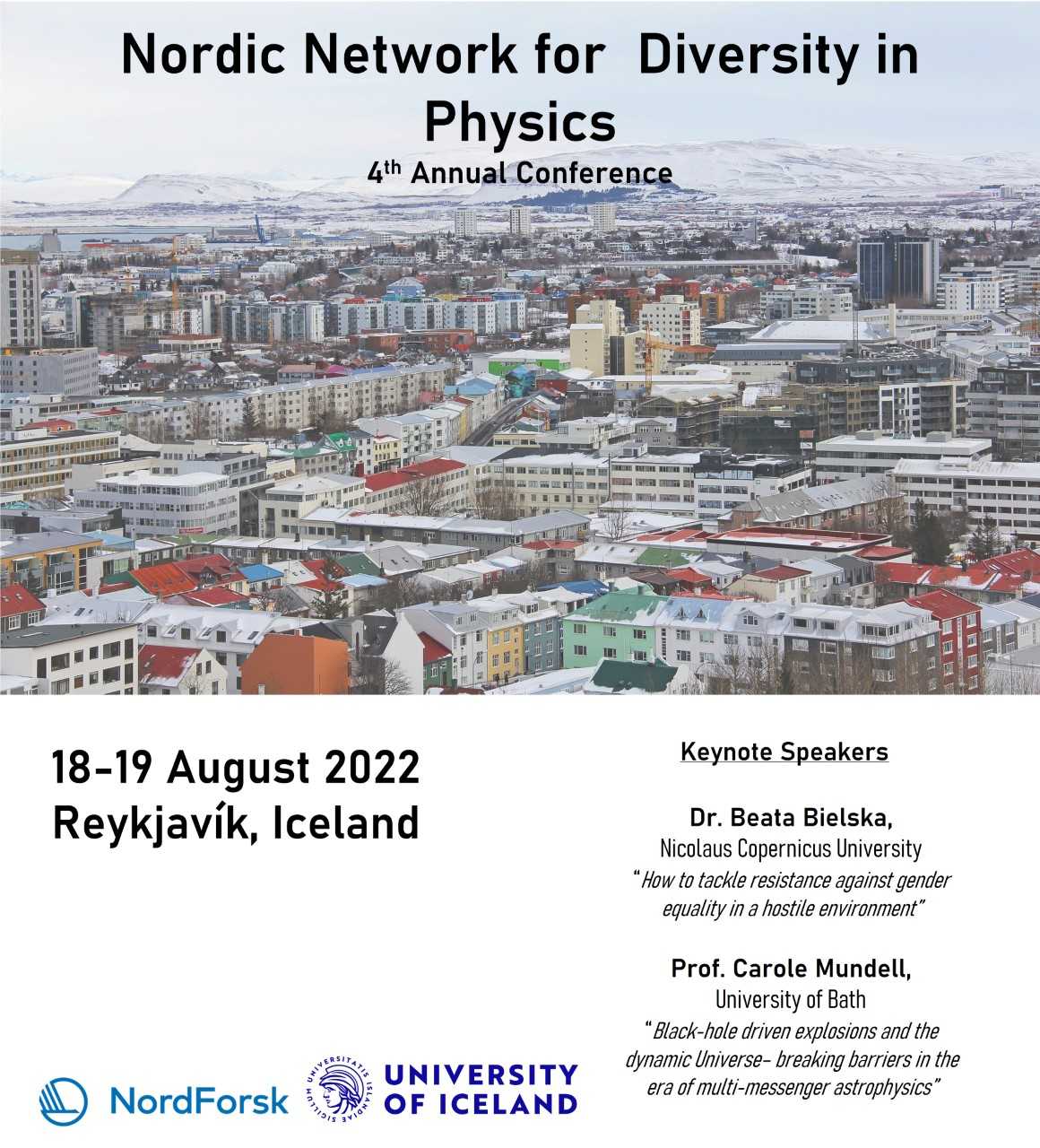 The fourth edition of the NORNDiP conference will be a conference in hybrid form.

It will be held in Reykjavík, Iceland on 18-19 August 2022 with the possibility of joining virtually on Zoom.

On Thursday evening there will a public talk given by Barbro Åsman (Stockholm University) on ''CERN, LHC and the Higgs'', please see the timetable for further details.