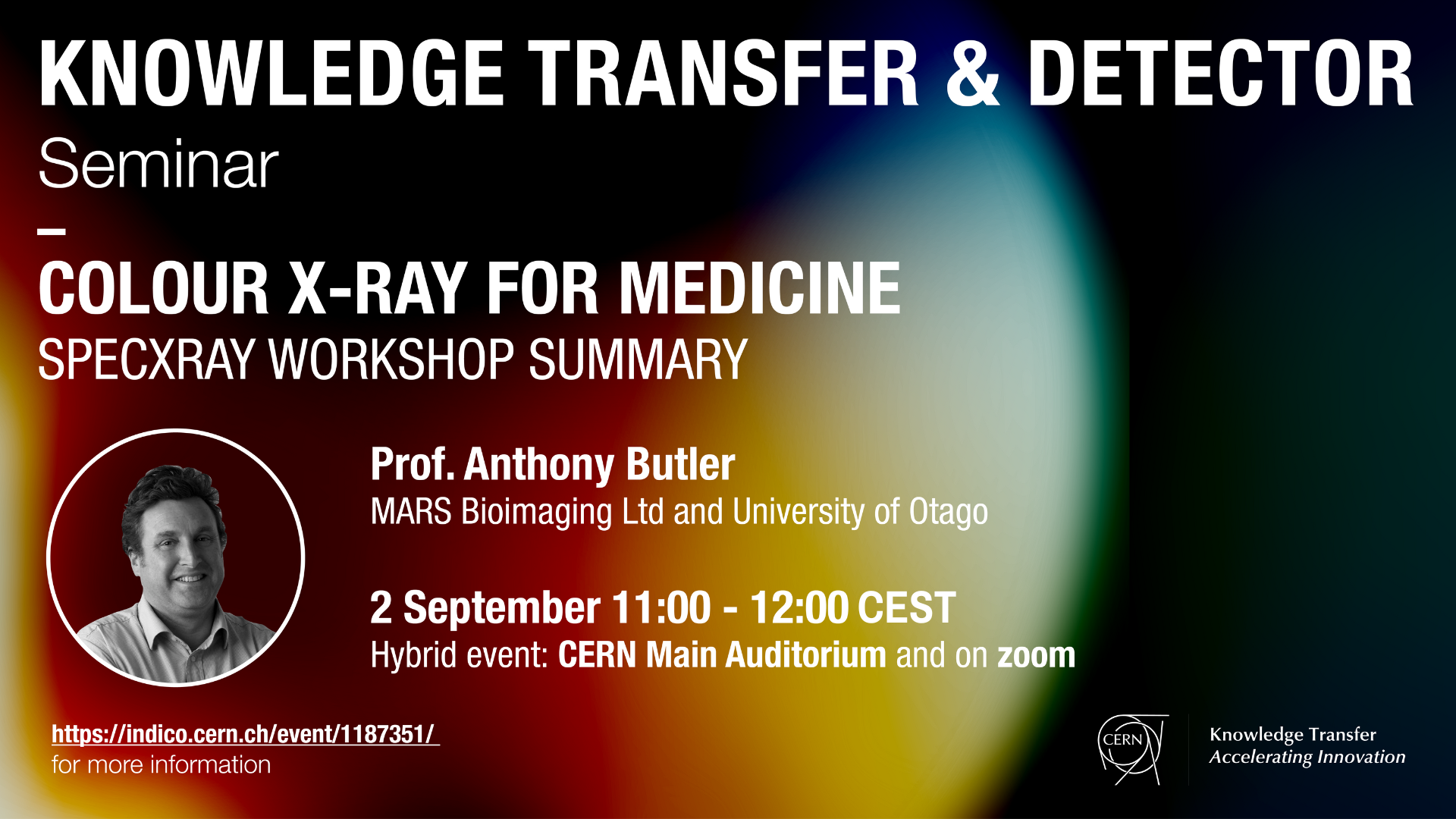 In the late 70’s and 80’s, CERN and other experimental high energy physics organisations developed silicon strip detectors which became the baseline technology for particle tracking systems. Progress in microelectronics enabled the miniaturization of readout electronics permitting the development of hybrid pixel detectors which were used for vertex detection in the first iterations of the ALICE, ATLAS and CMS experiments. As the technology evolved so did its uses in other fields such as x-ray imaging. In the mid 90’s CERN formed its first Medipix collaboration. Over the next 20 years, more groups around the world started using the technique for an array of different uses. By 2011, there were many groups aiming to use the technology in medicine. At that time CERN hosted the first “SpecXray: Workshop on the Medical Applications of Spectroscopic X-ray Detectors”. The event was attended by all major medical imaging vendors as well as scientists from leading research institutes and over the years became a focal point for the nascent spectroscopic X-ray imaging community. Today, in 2022, at the time of the 6th workshop, spectroscopic X-ray imaging has just entered clinical practice with widespread adoption expected over the next 5-10 years. The presentation will summarise the latest results from the workshop.

Professor Anthony Butler is a radiologist with an interest in developing new imaging technologies. In 2007 he was one of the founders of MARS Bioimaging Ltd, a company formed to commercialise spectral imaging technology. He remains on the board and is the Chief Medical Officer. Anthony has more than 150 scientific publications. Anthony is currently the director of Radiology at the University of Otago. He has won more than 10 awards for his research including awards from the Royal Society of NZ and the Royal Australian College of Radiologists. He is the lead investigator on over $\$$12m of NZ government research grants, and co-investigator on more than $\$$30m of other grants.

Summary of the 2022 specXray workshop
Join

Webcast
There is a live webcast for this event
Watch