The welcome drink and registration will take place on Sunday (december 13) in the Exoplanet exhibition of the Musee d'Histoire Naturelle Rue de Malagnou 1 (map).

- 16h00: Opening of registration and visit of the Exoplanet exhibition
- 17h15: Welcome drink and giant chocolate marmite in the exhibition
- 18h30: Walk (700m) toward the Geneva cathedral for the parade of the annual Escalade festival

In the evening we recommend you to attend the Escalade festival (and its Parade from 17h30 to 19h30) in the old city, celebrating the defeat of the surprise attack of the city-state of Geneva by the Duke of Savoy during the night of December 11-12, 1602, the darkest night of that year.

The citizens of Geneva prevented the troops from scaling (escalade in French) the walls of the city. Catherine Royaume, a mother of 14 children, seized a large caldron of hot soup and poured it on the attackers protecting the gate of the city. Celebrations include a large cauldron made of chocolate and filled with candies. It is customary for the eldest and youngest in the room to smash the marmite while reciting "Ainsi périrent les ennemis de la République !".

Registration will also be available every day starting at 8h30 at the CICG symposium venue (map). 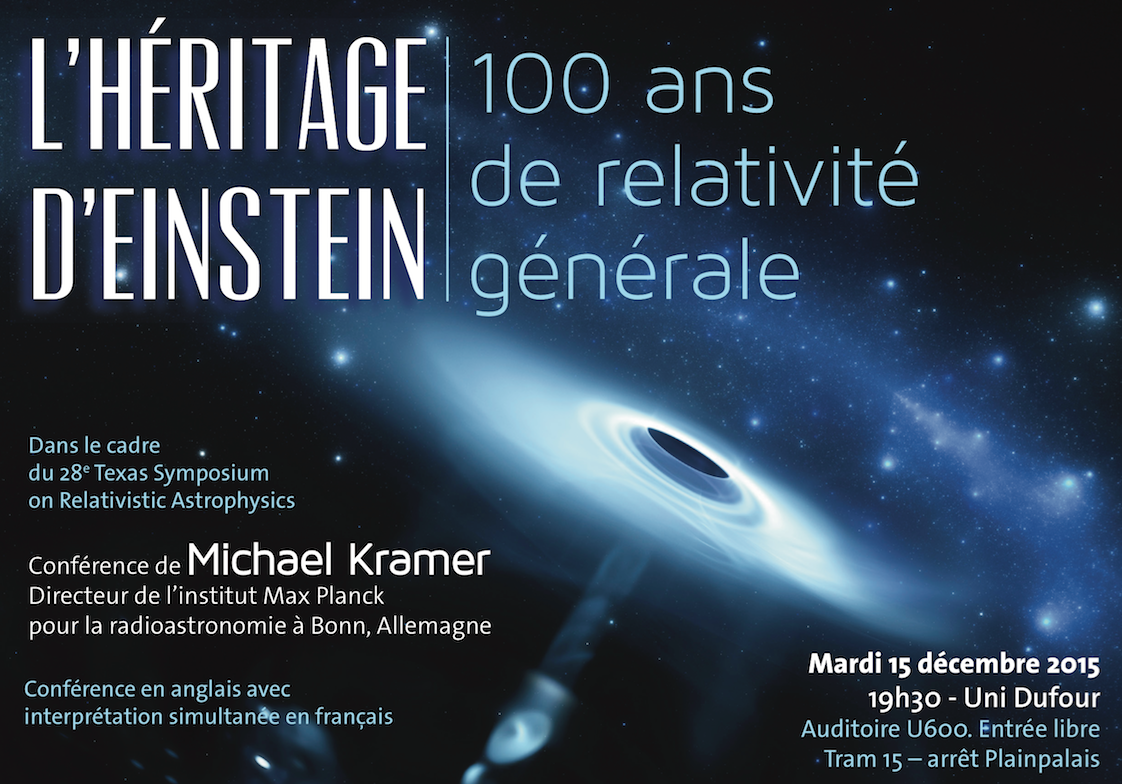 A public talk "Einstein's legacy: 100 years of general relativity" will be given by Prof. Michael Kramer (Director of the Max Planck Institute for Radio-Astronomy in Bonn) on Tuesday (December 15, 19h30) at the University of Geneva Rue Général-Dufour 24 (map). The talk will be given in English with simultaneous translation in French. 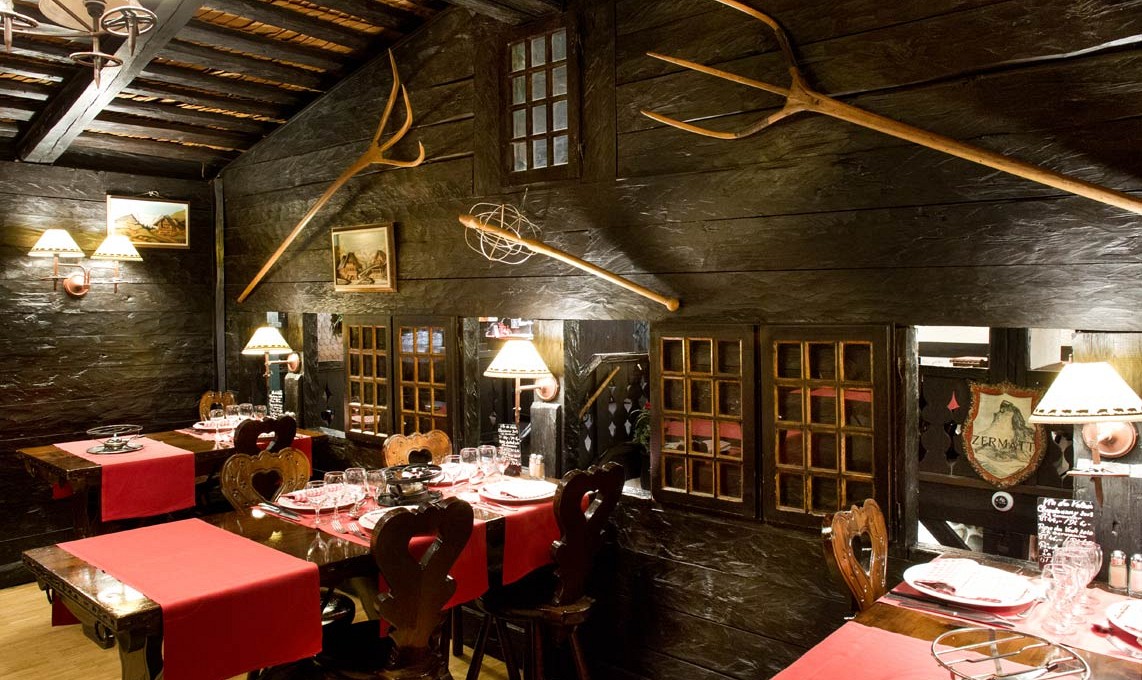 The symposium dinner will take place on Wednesday (December 16, 20h30) at the Restaurant Edelweiss Place de la Navigation 2 (map), with a typical Swiss meal appropriate for the winter nights (other options are available on request). Excursion to the Einstein House and Museum in Bern: On the Saturday (December 19) 9-17h, you have the possibility to participate in a full day excursion in the city of Bern, with an English speaking guide. You will visit the house where Einstein lived during his annus mirabilis and the Einstein Museum, about 1000 m2 of exhibition with 550 original objects, 70 films and numerous animations, presenting the biography of Albert Einstein, his ground-breaking discoveries and his relation to the history of the first half of the 20th century. The excursion will start and end at the symposium venue, from where busses will bring you to Bern. Link to description. On the Saturday (December 19) morning (9-13h), you have the possibility to participate in an English speaking guided tour starting in front of the symposium venue (CICG). It will bring you to the United Nations square, where you will get an introduction to the international quarter of Geneva. From there you will move to the "Perle du Lac" parc and discover the collection of the Museum for Science History and in particular the exhibits related to astronomy. The excursion will end in the old city centre at place "Bel Air". Link to description.