Towards the European Coordination of the CMB programme 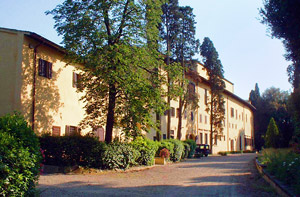 The ESA mission Planck has set a very high standard in European research on the cosmological microwave background delivering the definitive map of temperature  fluctuations. These measurements together with other measurements, e.g. the discovery of Higgs at LHC  nurture the hope of a fundamental theory addressing the formation of the Universe  at all scales from the smallest to the largest.

Furthermore, Planck together with other CMB measurements on ground and  large surveys using telescopes opened the possibility of new breakthroughs in the CMB domain, including the mapping of the B-polarisation. This will give access to the parameters of inflation  and the neutrino mass, the correlation of CMB with large scale structures as well as the distortions of the blackbody spectrum, opening access to phase transitions and other  events before recombination

It is currently believed that the  next space mission will happen at the earliest in the late twenties-early thirties and it should be planned with the same ambition that determined the design of Planck, that is: give definitive measurements. Till then the European CMB community needs to develop both intermediate measurements on ground  or using balloons and the technology that would permit ultimate sensitivities.

The meeting  “Towards the European Coordination of the CMB programme” in August 31-1 September 2015 in Florence, will gather both principal investigators  and agency representatives attempting to set the conditions and chart the first steps towards  European coordination  on the ground and sub-orbital missions, review and prepare future collaboration in the detector side, discuss similar efforts in other parts of the world, prepare the proposals to future mission calls of ESA.

This meeting is concurrent with other roadmapping efforts happening in other regions of the world; e.g. the Snowmass process in US. The hope is that these worldwide roadmapping efforts at some point will eventually converge to a global research program on ground and in space.

The meeting is open to all interested participants but registration is necessary. There are no registration fees and we will pay for lunches/coffee breaks during the workshop, as well as the dinner on the evening of the 31st of August. Participants have to pay for their own travel and accommodation.