The GSO’s second opera production will be “Ghost Particles”. Inspired by particle physics, “Ghost Particles” will be about the science and discoveries of Higgs Boson, Neutrinos, and Photons. The scientific concept was provided by Dr. Sofoklis Sotiriou (EA, Greece), and will be realized as a dialogue with the art@CMS programme at CERN. GSO 2016 will be a cooperation with the European Commission’s Horizons 2020 Project CREATIONS. It will also provide a research focus for the Norwegian Research Council’s project “iSCOPE“. The performance will take place in November 19, 2016. 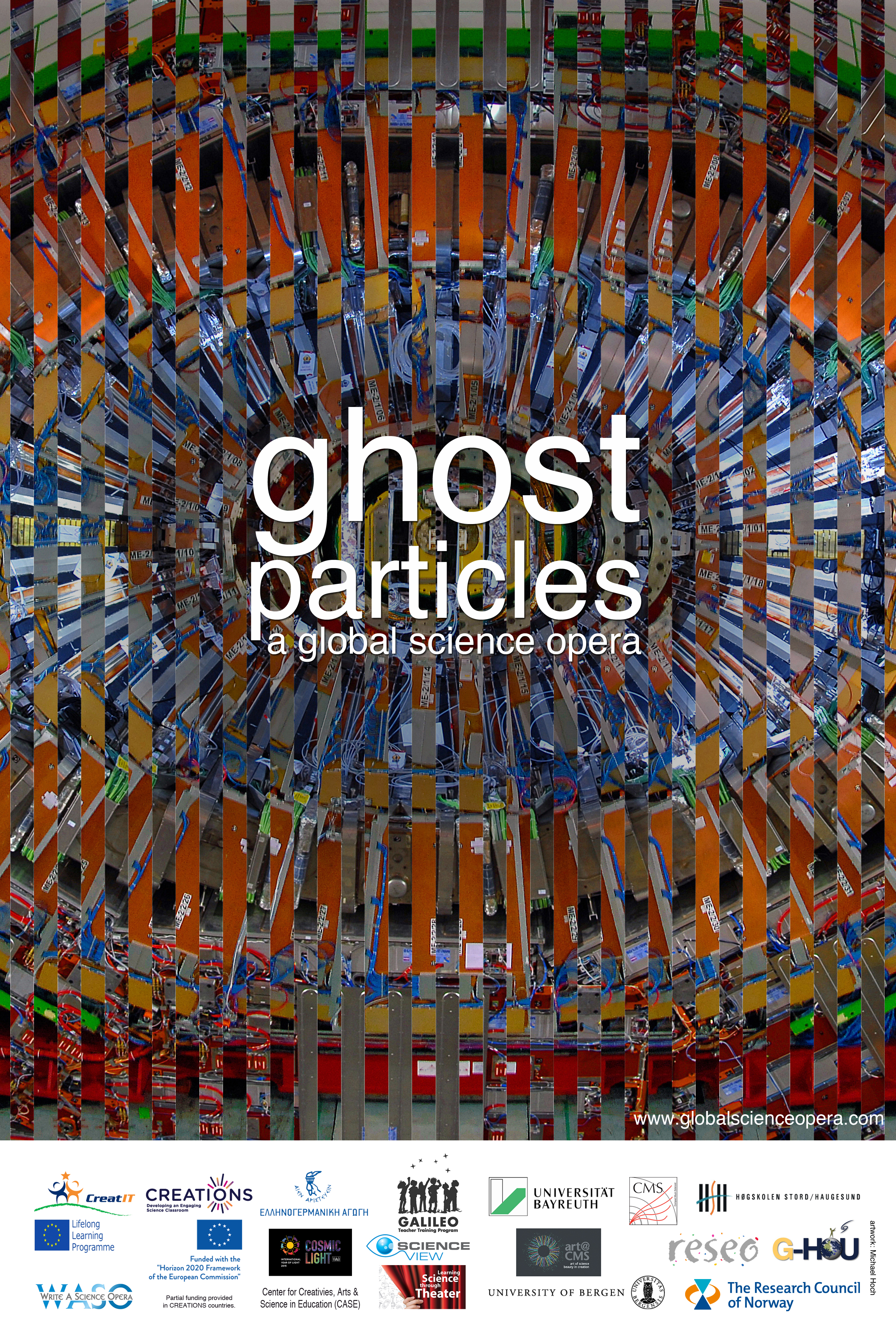 The various opera scenes will be created and performed by the schools and universities in the GSO countries, in some cases, such as Scotland, Kuwait and Vietnam, joining GSO for the first time.

The “Ghost Particles” story continues the saga of Joao and his friends, Firefly and Little Girl. In the “Ghost Particles” synopsis, Joao receives a book from his father, and reads about various cultures’ and ages’ concept of matter. He is excited about the story of Wolfgang Pauli, who imagined a particle, leading to an exploration spanning over decades. Joao wants to imagine his own particle, but is rejected, and told that it would take many years, perhaps centuries, before that would be possible. Desperate to realize his dream, he invites his friends from around the globe to help him. Together, they study the Ghost Particles (photons, neutrinos, and Higgs Boson), and finally, they imagine a particle of their own. They seek the help of the CMS experiment in order to describe it, and then send a message to the world, inspired by Pauli’s famous radioactive speech: “Dear Creative Ladies and Gentlemen….”