Start of the SEEIIST Design Phase 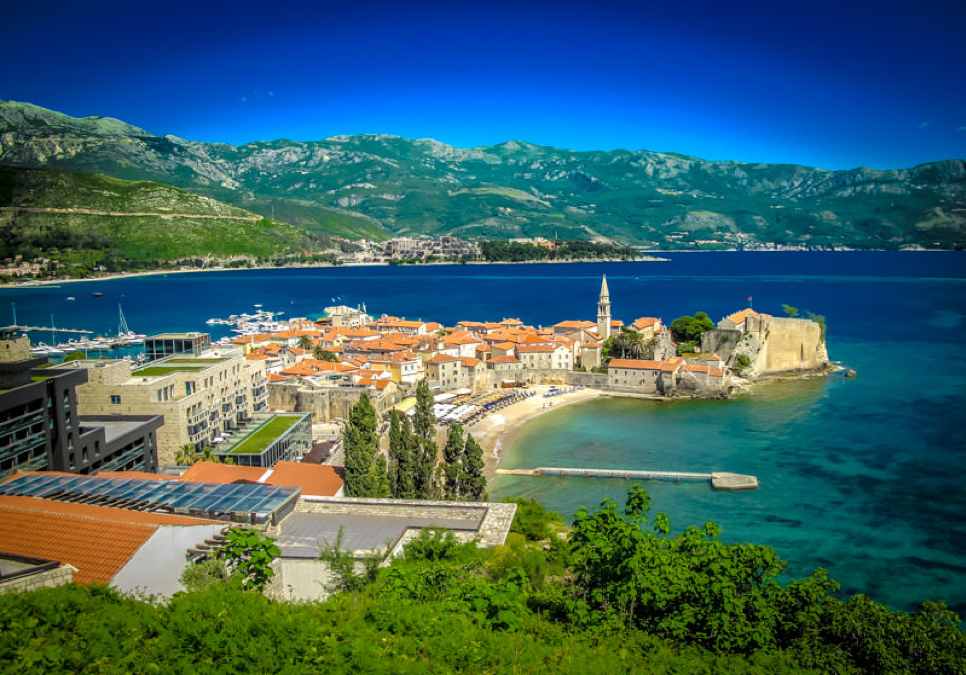 Once a small and quiet coastal settlement, Budva is a tourist metropolis of Montenegro today. Its life commenced on a headland, 2,500 years ago. In the meantime, the city has transformed into a home of new buildings, restaurants, bars, and luxurious yachts.

As an ancient city on the coast, Budva boasts rich historical and cultural heritage. The city is a specific Mediterranean combination of landscape, history and culture in the southern part of the Adriatic coast. Inside and in the immediate vicinity of the Old Town walls, Budva conceals a unique, 2,500-year-long history of positioning among the oldest urban settlements in the area. The town’s history reaches back to the fifth century B.C. According to the numerous legends, Budva was initially an Illyrian town. Its first inhabitants were the King of the historically well-known Thebe – Kadmo and Queen Harmonia. Through its history, the city was under the rule of Romans, Byzantines, Serbians, Venetians, French Empire and Austro-Hungarian Empire, all the way to 1918.

Budva benefits from the warm Adriatic Sea – its Riviera covers the area of 122 km2. The town has 25 km of jagged shore with typical Mediterranean climate and 2,300 sunny hours per year, with mild winters and dry and warm summers. For Budva and its surrounding, olive trees are very important as an autochthonous plant. They were cultivated in the region for centuries, being perceived as a holy tree for a long time, as well as a symbol of peace. According to some historical sources, a young man could not get married (especially in the coastal region) unless he planted 30 olive trees first.

Budva seems to lead a double life – one in the old, and the other in the new part of the city. Bordered by the high walls and decorated with architectural traits, dominantly Venetian, the Old Town protects its historical and cultural treasures – Roman necropolis and an altar, antique pylons, pre-Christian basilica and many churches. It contains an open “Theatre City” stage, providing space for literary evenings and concerts at the Poet’s Square, as well as exhibitions in the city gallery, which take place every summer. Outside the Old Town, the new city is expanding and the population is rising. The Budva Riviera has sand, stone and pebble beaches, including the ones that once belonged to the royal family. There are beaches with reddish, colourful and grey pebbles.

Along with a great variety of restaurants, cafés and shops, the city’s favourable geographical position, rich and appealing historical heritage, legends, curiosities, beautiful nature and coast make Budva a unique and attractive destination for visitors.

The ‘Start of the SEEIIST Design Phase’ event will be held in Hotel Splendid, Budva, which is situated in the central part of the Montenegrin coast – Budva Riviera. The Hotel Splendid was opened in 2006 as the first 5-star hotel on the eastern coast of the Adriatic Sea. It is situated 2 kilometres away from the old town Budva, right at the seafront, with its own private beach. The hotel has 322 superior rooms, most of which with sea view, as well as 4 junior and 13 wellness suites, a penthouse and a presidential suite for VIP guests.

Further information about the hotel and its location can be found at: https://montenegrostars.com/home-splendid

Distance from the conference venue is 250 meters (5-minute walk via a walking trail along the coast).

Further information about the hotel can be found at:

Distance from the conference venue is 2.8 km (8-minute drive by car).

Further information about the hotel can be found at:

The participants are kindly asked to take the necessary measures in order to timely obtain an entry visa for Montenegro. For further information on the visa regime, please refer to the website of the Ministry of Foreign Affairs of Montenegro: http://www.mvpei.gov.me/en/sections/consular-affairs/visa-regimes-for-foreign-citizens/

The working languages of the Conference is English.

- Dubrovnik Airport (DBV) in Dubrovnik, Croatia, is 80km away from Budva, and offers flights to many European destinations throughout the year, providing a good alternative to the Montenegrin airports.

Budva has good bus connections with Montenegrin cities and major cities in the neighbouring countries. The bus station is a 20-minute walk from the Old Town.

The main railway line is Bar-Podgorica-Belgrade. When you arrive to Bar, you should continue the trip to Budva by bus or car.

Budva can be reached by car using the coastal road, which is well-maintained. If you are arriving by car, some of the major border crossings are the following: Debeli brijeg, Jabuka, Dobrakovo, Vilusi, Šćepan Polje, Kula, Sukobin, Božaj. Travelling from Dubrovnik, it can take less than two hours to reach Budva, depending on traffic conditions.

The Ports of Bar, Budva, Kotor and Herceg Novi have the status of international ports. Passenger ferries regularly operate on Bar-Bari and Bar-Ancona routes.

• Climate: Budva has a typical Mediterranean climate with mild but rainy winters and very warm and dry summers. In the coastal region, protected by the high mountainous hinterland, the climate conditions are even milder and more pleasant. Average daytime temperatures in September range between 23 and 30 °C.

• Local time in Budva: Budva belongs to the Central European Time (CET) zone (GMT+1). European Summer Time is in effect between the end of March and the end of October (GMT+2).

• Health requirements and precautions: No vaccination is required to enter Montenegro.

Further information on Montenegro is available at: http://www.montenegro.travel/en