A recording of this event is available at this link.

The full Q&A is available here. 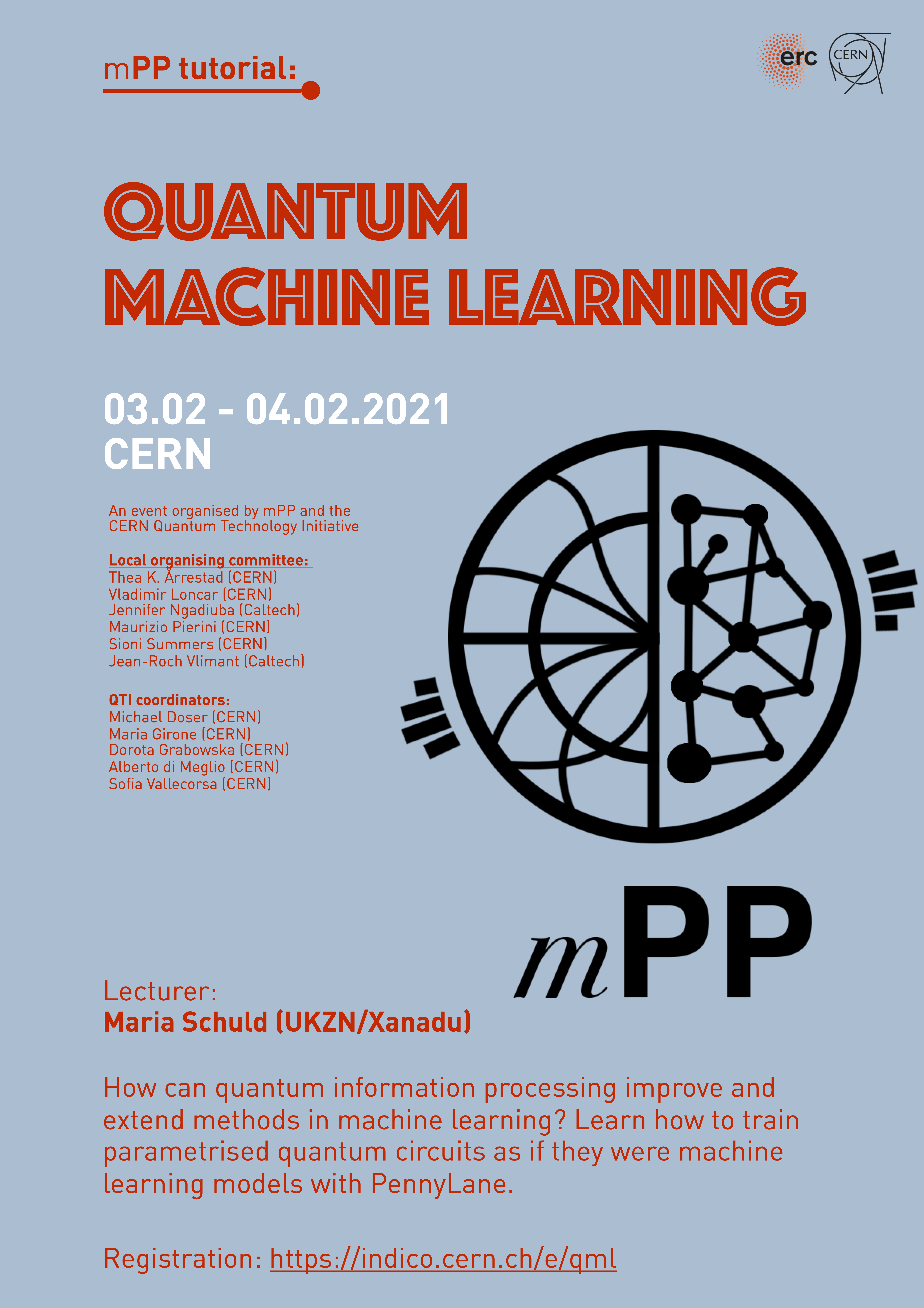 About the speaker:
Maria Schuld works as a senior researcher for the Toronto-based quantum computing start-up Xanadu, as well as for the Big Data and Informatics Flagship of the University of KwaZulu-Natal in Durban, South Africa, from which she received her PhD in theoretical physics in 2017.

She co-authored the book "Supervised Learning with Quantum Computers" (Springer 2018) and is a lead developer of the PennyLane software framework for quantum differentiable programming.

Besides her research on the intersection of quantum computing and machine learning, Maria has a postgraduate degree in political science, and a keen interest in the interplay between emerging technologies and society.

Tutorial:
The tutorial consists of a seminar on the first day , which will provide a high-level introduction to the emerging field of quantum machine learning, which investigates how quantum computers can be used to learn from data. This is then followed by a hands-on tutorial on the second day where participants will learn how to train parametrised quantum circuits as if they were machine learning models with the open-source software library PennyLane.

THIS EVENT WILL BE LIVE STREAMED AND RECORDED

For further questions, e-mail at mpp.tutorials@cern.ch