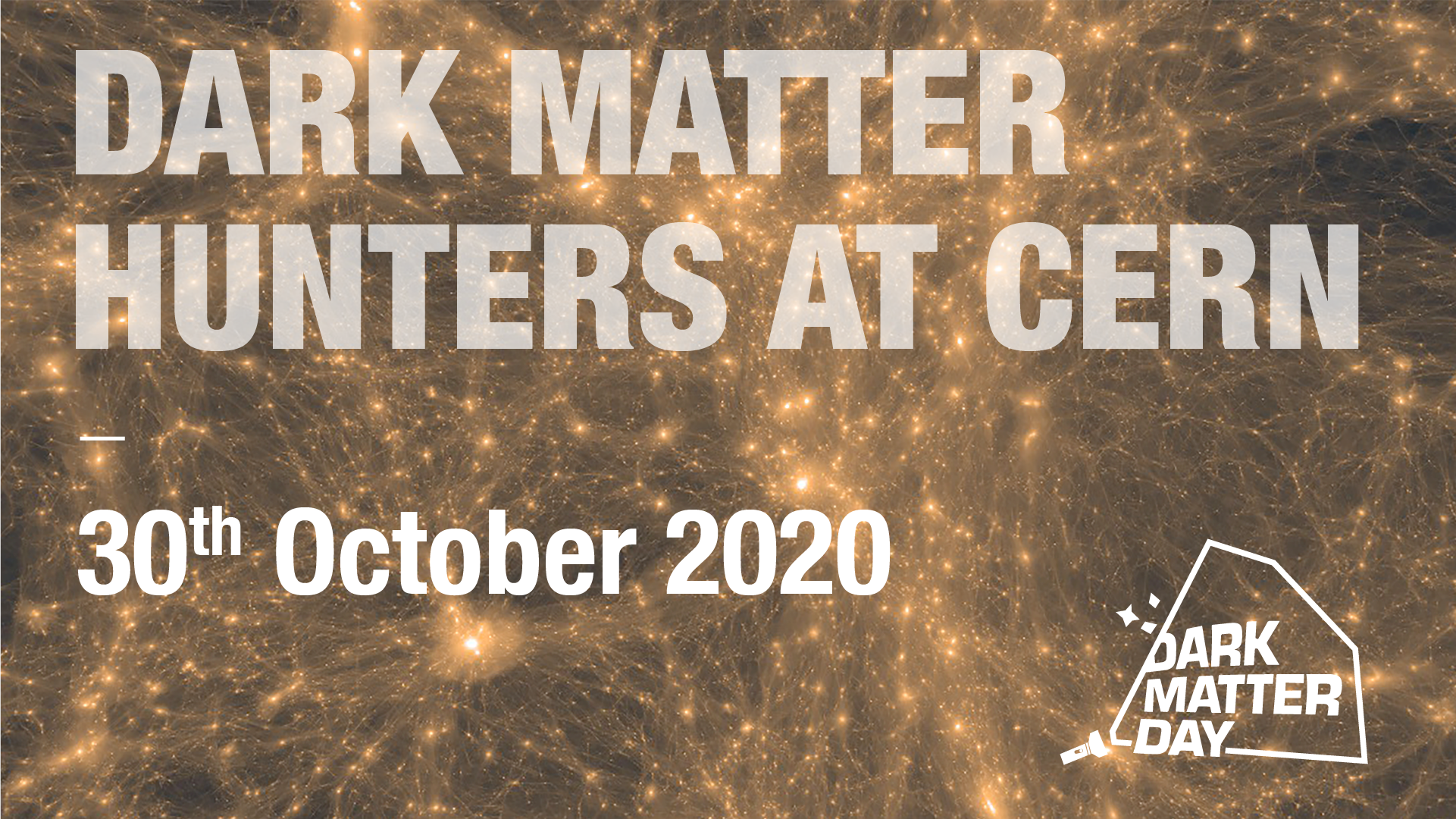 Dark matter warps distant starlight and enables galaxies to rotate at unfathomable speeds, yet is completely invisible to traditional detectors. In fact, scientists only know that dark matter exists because of its massive gravitational pull on ordinary matter. In the hunt for this elusive substance, scientists’ most powerful weapons are their creativity and their perseverance.

Several experiments at CERN, including AMS, ATLAS, CAST, CMS, FASER and Osqar are searching for dark matter. In order to identify possible dark-matter particles, experiments try to “make them” (through particle collisions in the LHC), “break them” (by examining what could be the remnants of their collisions in outer space) or “shake them” (by searching for the kicks that dark matter could give to atomic nuclei in detectors).

Dark Matter Day is celebrated every year by laboratories involved in Dark Matter research around the world, hence CERN’s participation in the event. On 30 October from 17:00 CET, CERN theorists and experimentalists working on some of the CERN experiments will present their latest research on dark matter and answer burning questions from the audience through a YouTube and Facebook live discussion. Viewers are welcome to ask questions ranging from the nature of Dark Matter to how scientists intend to make it in a lab – and how to visit these experiments at CERN.

Do not miss the presentations and Q&A sessions of our two special guests. At 17:30 CET, ESA astronaut Luca Parmitano will reflect on his contribution to the Dark Matter hunt achieved through physically going to space to replace a vital instrument of the AMS detector on the International Space Station. Columbian artist Juan Cortés will also be joining the live: he created an art piece entitled Superlunar, which invites us to experience discoveries made by Vera Rubin on the relationship between dark matter and the rotational movement of galaxies through a poetic approach

Additionally, check out the CERN Youtube tutorial on advanced Dark Matter detection, and make sure to have jelly nearby… (things might get sticky), and follow a public talk on Dark Matter on the YouTube channel of the ATLAS Experiment at CERN, on Thursday 29 October at 20:00 CET.

For more information on the full international programme for the week (from 26 to 31 October), check out the Dark Matter Day site and follow #darkmatterday.