Three sets of 17 posters have been prepared in Serbian language on topics of the "Science & Art : Cultural Collisions" program (elementary particle physics, high-energy physics experiments, origin/evolution/future of the Universe, examples of artistic images of physics experiments, etc.). These posters have been distributed to the universities in Belgrade, Novi Sad and Nis, and will be presented in the high-schools interested in the participation in this program.

Printing of the posters has been funded by the Austrian Cultural Forum at Austrian Embassy in Belgrade.

Here are exemplary images from the presentation of these posters in the selected high-schools, while other existing (and future) images are collected at this link. 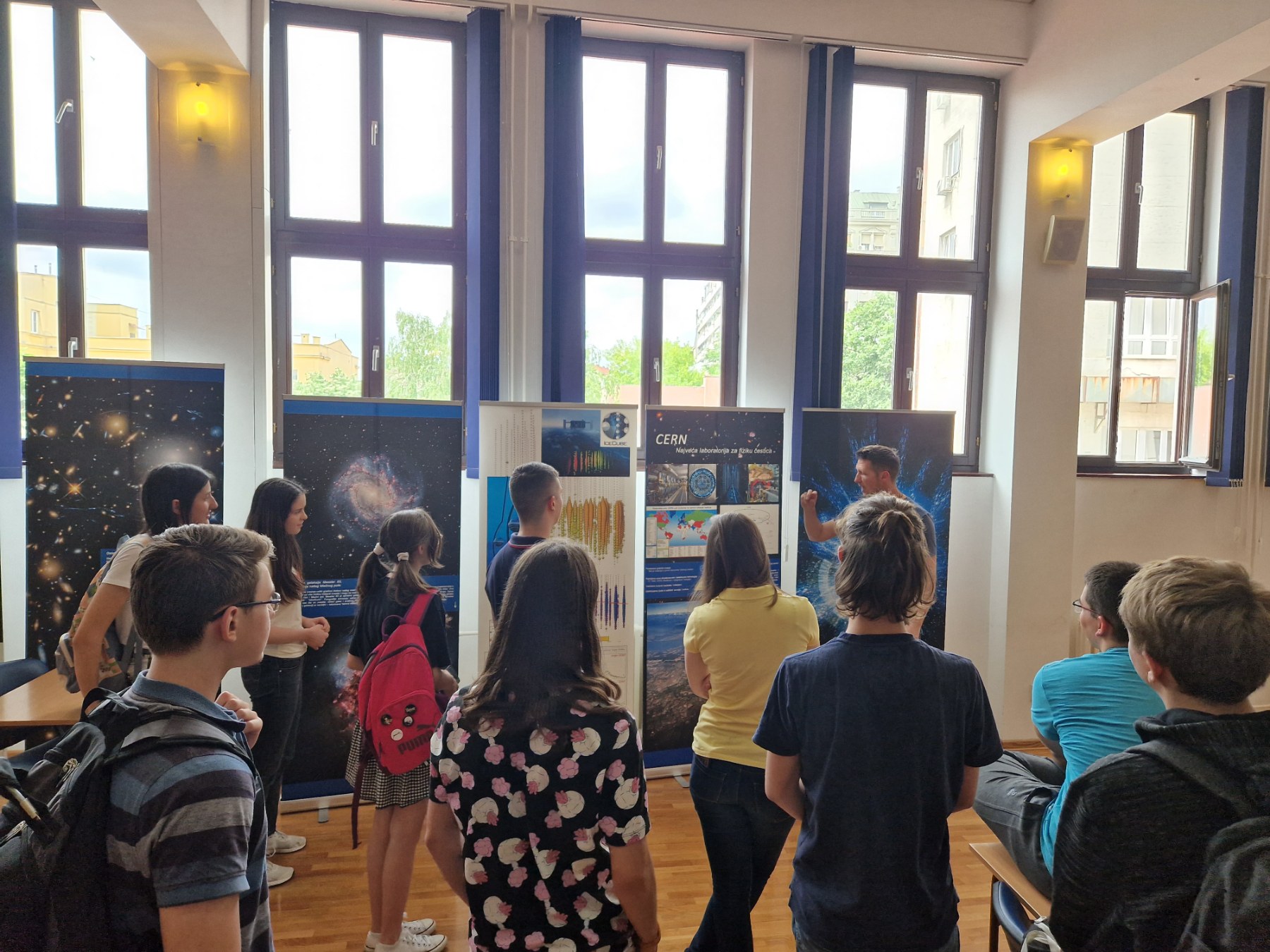 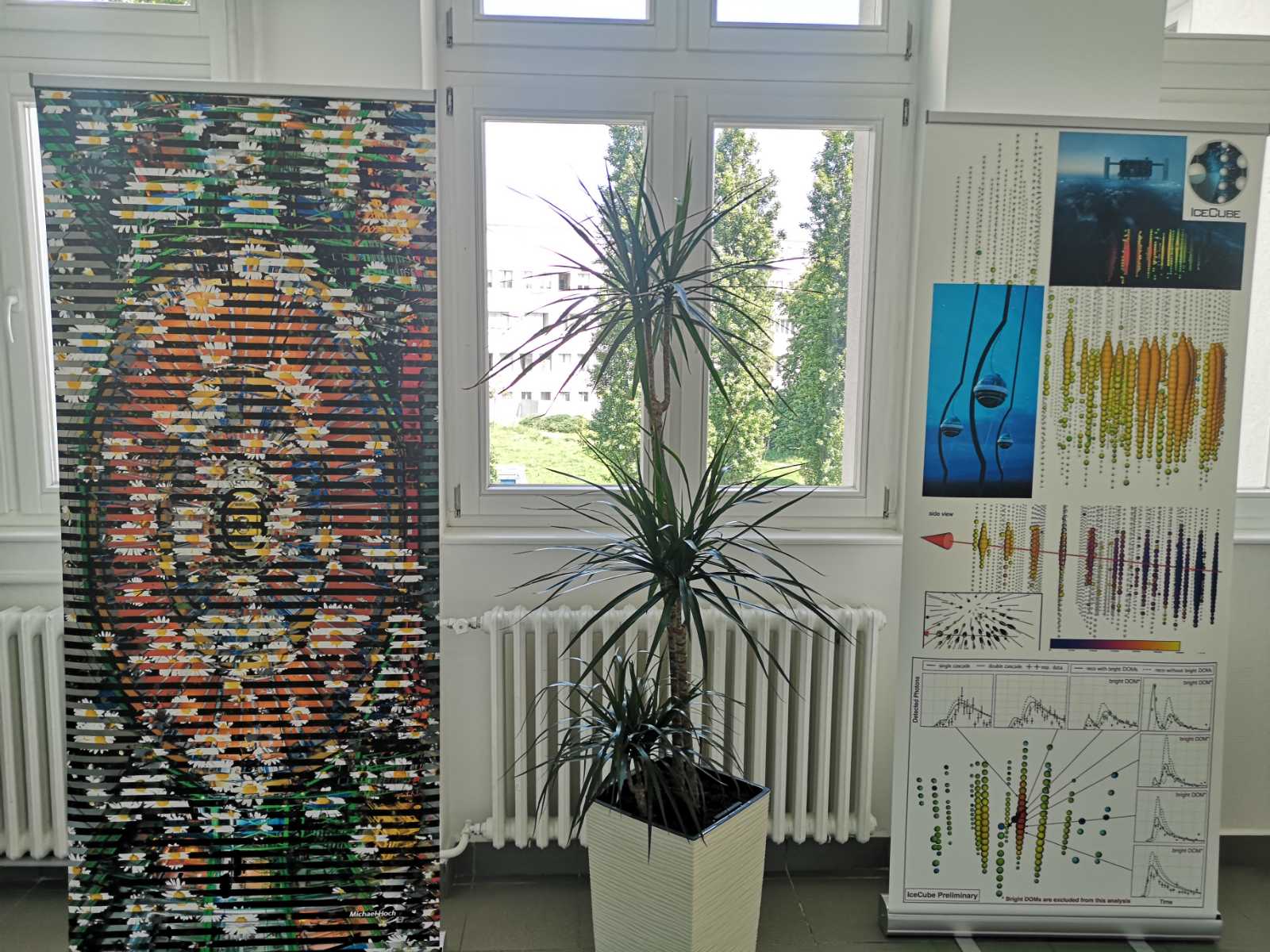 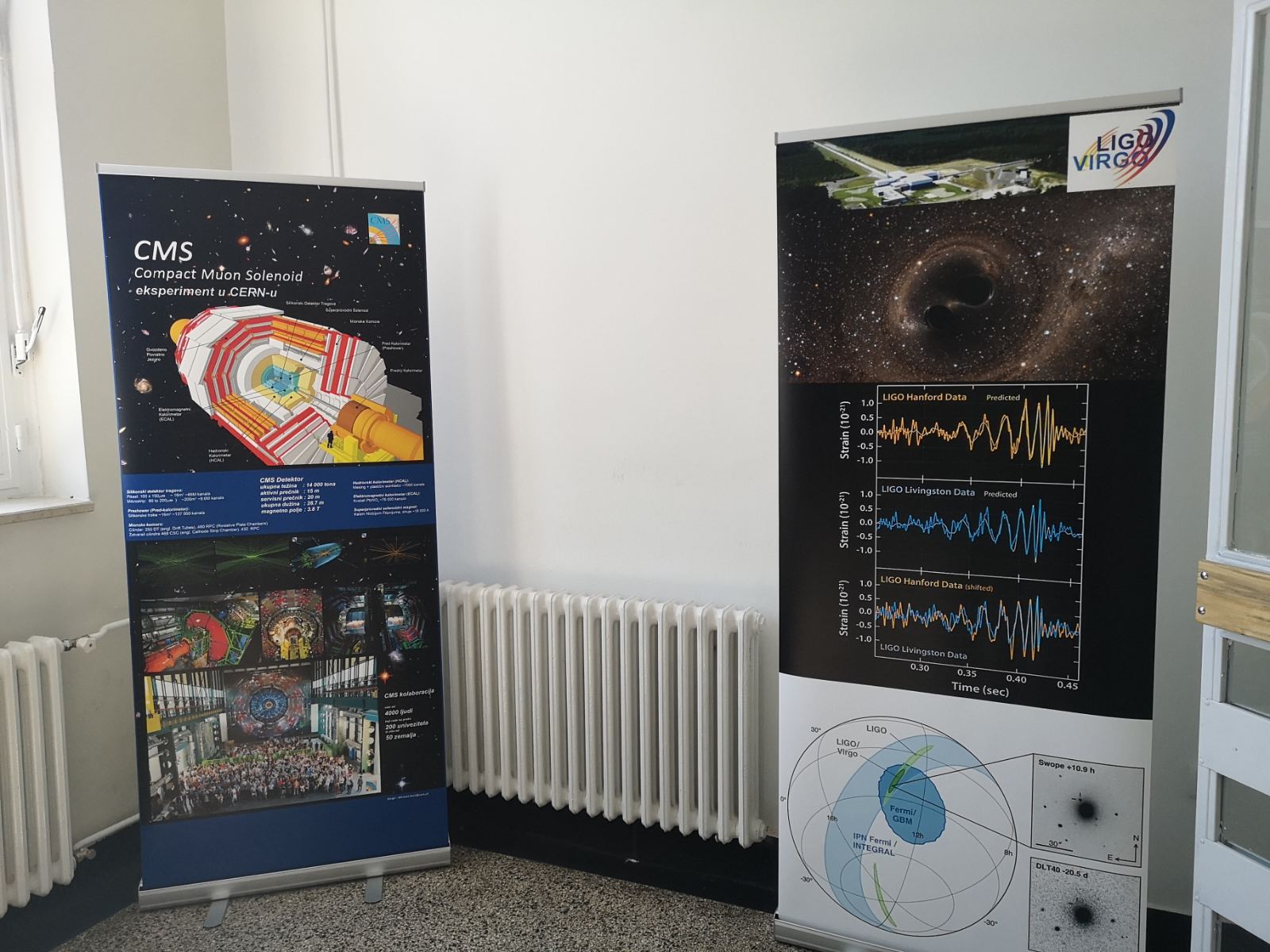 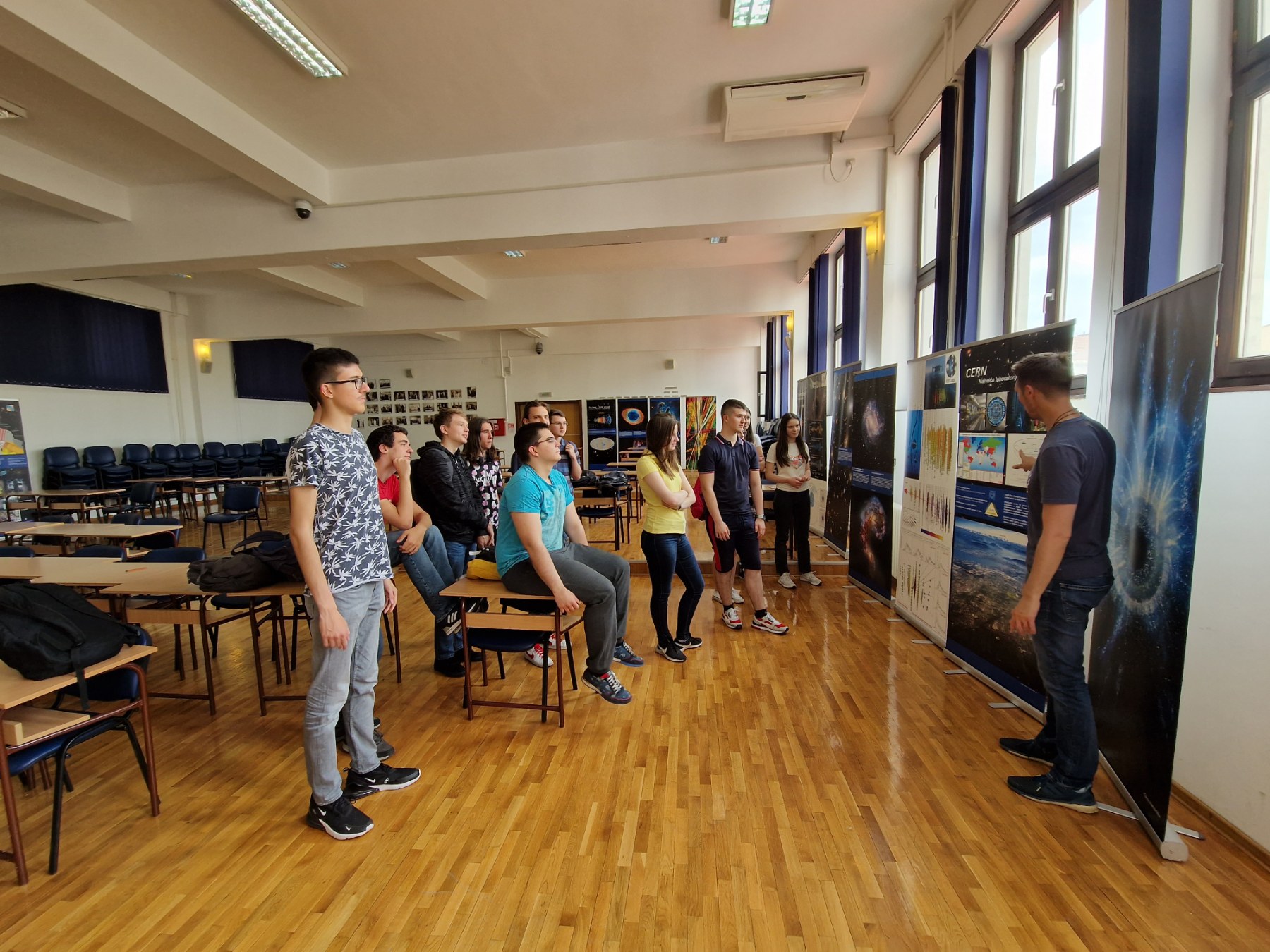 The artworks prepared during the "Science & Art : Cultural Collisions" program are planned to be presented at various expositions centres, during the large-scale physics congresses and conferences, as well as at the exposition events organised by the Center for the Promotion of Science in Serbia.

Exemplary images from the artworks will be collected and presented here.