Extreme light is one of the most exciting domains in the laser field today. It relies on the generation of ultra high peak power obtained by delivering the energy within a short time. Today, laser peak power typically exceeds the PetaWatt level or a thousand times the world power grid. The ability to produce and focus this gargantuan power over a size 10 times smaller than a hair offers unfathomable possibilities in science, technology medicine and is a harbinger to a floodgate of socio-economic applications.

France is a well-established academic and industrial leader in laser technology. Under the initiative of the Ecole Polytechnique, we proposed 10 years ago to the EU and Ile de France the construction of a Pan-European Infrastructure capable to generate the highest peak powers ever produced and explore laser-matter interaction at the highest possible intensities with the aim to carry out fundamental research and promote new societal applications.

The ELI infrastructure was built as distribution over three infrastructures, with ELI-Beamlines in the Czech Republic, ELI-NP in Romania, and ELI-ALPS in Hungary. In concert with ELI, France built a 10 PW project named Apollon on the plateau of Palaiseau. This infrastructure constellation will become operational and accessible in 2019, thus opening a new age in laser research.

The infrastructures are now halfway through completion. As the initiator of both projects ELI and Apollon, the Ecole Polytechnique has carried out a study to gauge the socio academic impact of these world-class projects at all levels-- regional, national and international. The conclusion of this report will be one of the conference highlights and will be reported at the IZEST annual meeting.

IZEST seeks beyond the horizon set by the ELI-Apollon facilities. During the conference we will have the opportunity to describe the most avant-garde laser concepts under development to gracefully segue from the petawatt to the exawatt, giving access to extremely short time structures down to the attosecond-zeptosecond regime. Pulses will be so short that the highest peak power in the x-ray regime could be reached with even a modest amount of energy at the joule level in order to yield intensities in the Schwinger regime--enough to materialize light. Among the many remarkable applications we note the generation of gargantuan accelerating gradients in solids-- enough to accelerate electrons over a centimetre to the TeV level or produce relativistic protons-- thus widening the range of applications in subatomic physics; cosmology; vacuum physics and the like. In addition, trying to develop a new breed of laser sometime opens the way to new applications, like space debris removal which is a mounting issue for space activity in the near future. 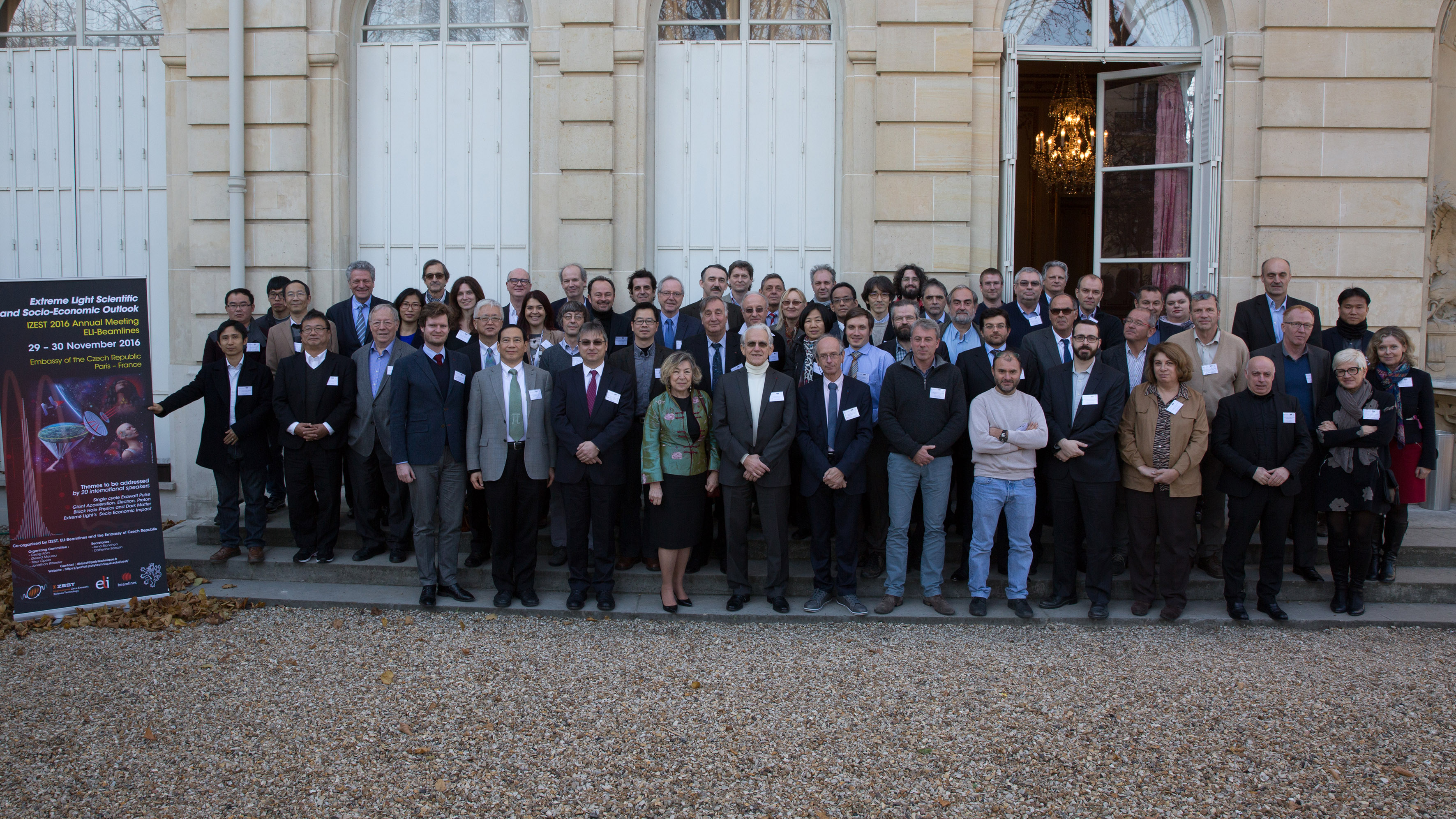 Themes to be addressed :

• The Socio-Economic Impact of Extreme Light