TrackML: The tracking machine learning challenge will open in a few weeks on Kaggle platform (see some details on https://sites.google.com/site/trackmlparticle/).

Particle track reconstruction in dense environments such as the detectors of the High Luminosity Large Hadron Collider (HL-LHC) is a challenging pattern recognition problem.   Silicon-based, high-granularity tracking sensors detect ionization charge deposited by particles as they propagate through the detector in a magnetic field. Pattern recognition tracking algorithms and subsequent estimation methods use this information to measure the curvature of particle trajectories and thus deduce the particles’ charge and momentum. Traditional algorithms are inherently sequential and scale poorly with the expected increases in detector occupancy in the HL-LHC conditions. Machine learning algorithms bring a lot of potential to this problem!

It will run in two phases : the Accuracy phase Mar/April to June with no CPU incentive, the Throughput phase July to October with a strong CPU incentive.

This second phase has just been approved as an official NIPS 2018 competition! 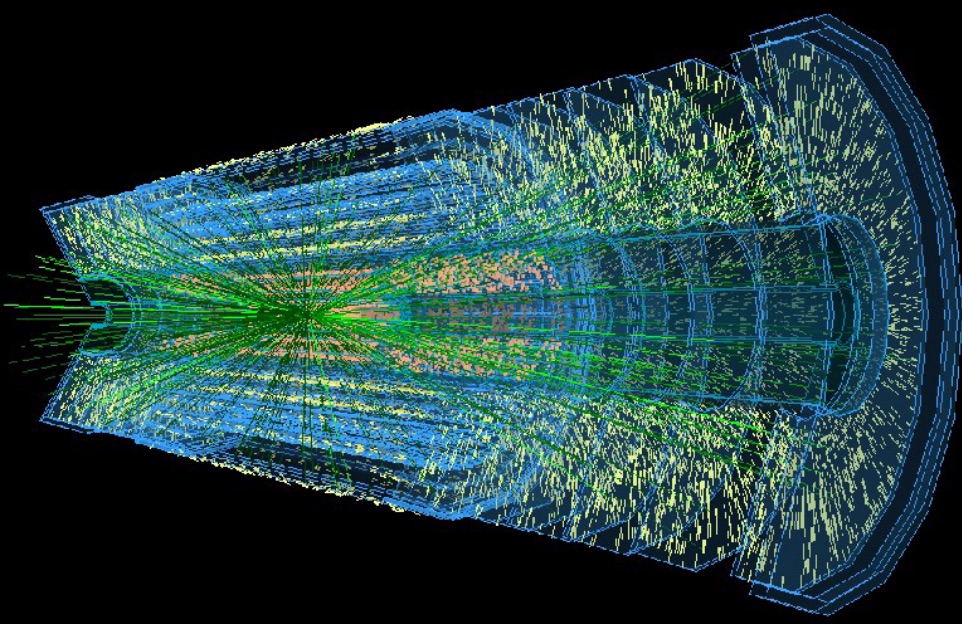 Seattle TrackML: We organise a teaser on this challenge, with a special   « Seattle » dataset : similar to TrackML dataset but limited to the central cylinders (with a slightly different layout), with a pileup of 40, yielding 5000 points to be connected into 500 tracks. Seattle hackathon participants will be more than welcome to participate to TrackML challenge as soon as it is online.

The Seattle hackathon will run on Codalab (http://codalab.org), which will run the scoring on display the leaderboard.

Honorary prizes will be granted based on the best scores, but also for promising original algorithms, or tools which can help with the development of algorithms, for example : a matplotlib tool allowing the visualisation of tracks in a notebook, or a function (not using the ground truth) yielding a score which tends maximal for a well reconstructed track, from its compatibility with the accepted trajectory.

The hackathon will run Tuesday from 4PM to 7:15PM, however the hackathon platform will remain open for participation till Wednesday midnight. Prizes will be announced Thursday morning.

Hackathon Registration: https://indico.cern.ch/event/658267/registrations/38756/ (individual registration even if you intend to participate as a team).

Prerequisite: Participants are invited to install before the hackathon anaconda ( python 3 ) from https://www.anaconda.com/download, or have access to a remote platform with similar software (or team up with a friend who has). The starting kit will use jupyter notebook, matplotlib, sk-learn, as available from anaconda.