The closest international airport is Copenhagen airport (CPH). It has a large number of international connections, and so is a convenient choice.

From the airport you can catch a train that goes directly to Lund. When exiting the luggage pickup area, just continue straight on to the far end of the reception hall. Then use the "Skånetrafiken" ticket machines to buy a ticket to Lund using your credit card. This is one of the predefined shortcuts on the starting screen. When asked, pick the option to travel across the bridge. Thereafter go down to platform 1, for train going towards Malmö. (You can watch the whole procedure on video, https://youtu.be/rVayQBo55b8.)

The trains to Malmö, Lund and sometimes beyond run every twenty minutes (except during the night, when it is once every hour) and the trip takes about an hour. There will be a border control, where you will have to show your passport and, for some countries, your visa. This can happen during the train ride or, more likely, at the first stop in Sweden (Hyllie). Then the train proceeds to Malmö central station (via a station called Triangeln) where it stops for up to 20 minutes before continuing on to Lund, without any further stops. You can stay on the train the whole time.

An alternative is the regional Malmö/Sturup airport (MMX), which has only a few international flights. There are airport buses to Lund approximately every hour, mainly adjusted to fit travellers to/from Stockholm.

Lund is a small city of approximately 100,000 inhabitants, so all of the center is within walking distance.  You may want to use the bus when you arrive with luggage (see point 6 below), but hardly after that. If you do, you can pay with a credit card, but at 35 SEK/ride it is rather expensive considering the distances involved.

Some points of special interest are marked in the map below: 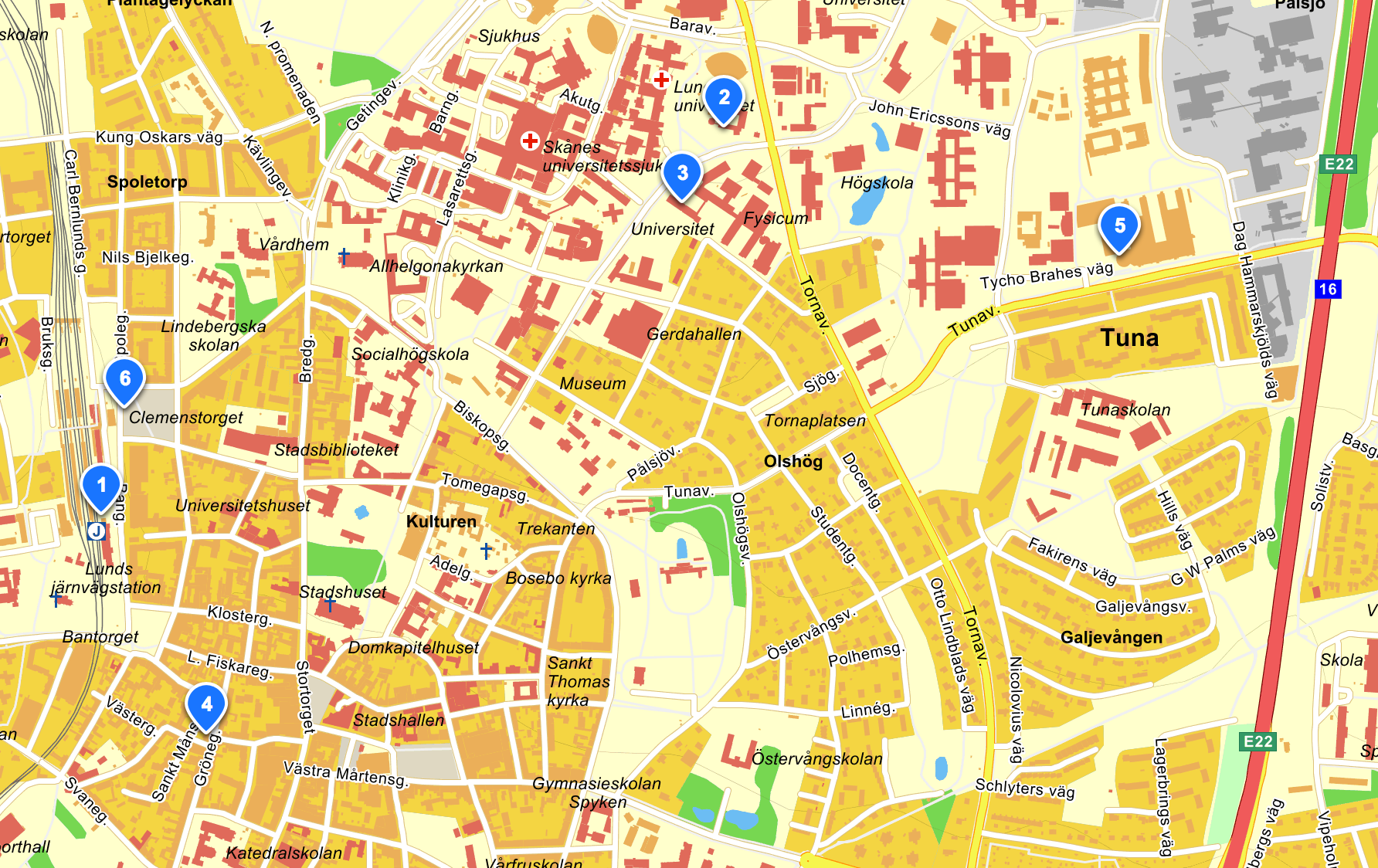 For a map of the Lund University buildings, see