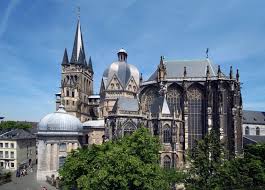 COSMO'19 took place in Aachen, Germany (also called Aquisgrana or Aix-la-Chapelle). Aachen was the former capital of Charlemagne’s empire. It is a cute middle-sized touristic city, with monuments and historical buildings dating back centuries.

Today the city is a hub of technology and innovation, and home to one of Germany's leading institutes of higher education in technology, RWTH Aachen University

The conference took place in the recently-opened C.A.R.L. building. This very modern auditorium building covers an area of 14000 square meters with a capacity for over 4000 people, making it one of the largest in Europe. It is centrally located, close to a lot of restaurants and bakeries. 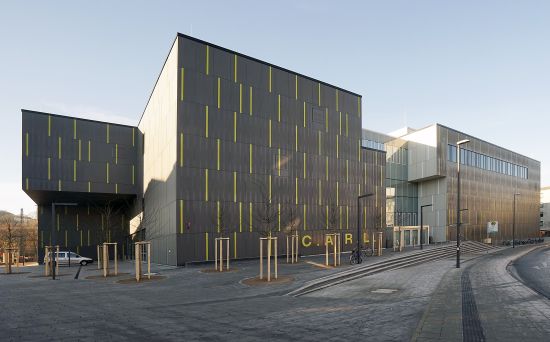 Aachen is easy to reach by train from four international airports: Cologne/Bonn, Dusseldorf, Frankfurt, and Brussels. There are frequent train connections between all of the airports and Aachen (the trains take one to two hours).

Aachen also has direct trains to many major German cities, as well as Brussels (one hour) and Paris (two hours and a half). Train tickets for regional trains can be bought at most stations, while longer-distance trains usually require advanced booking.

The city itself can be navigated easily on foot. The auditorium is 20 minutes walk from the main train station (Aachen Hbf), and 5 minutes walk from Aachen West train station. Aachen has a very good bus network, with frequent connections allowing you to reach most corners of the city, even in the evenings. Bus tickets can be directly purchased from the driver (~2.80 euro per journey).