TeVPA 2019 will be held at the Sydney Nanoscience Hub (SNH), located on Physics Road at the University of Sydney's Camperdown campus. A campus map can be downloaded from here. 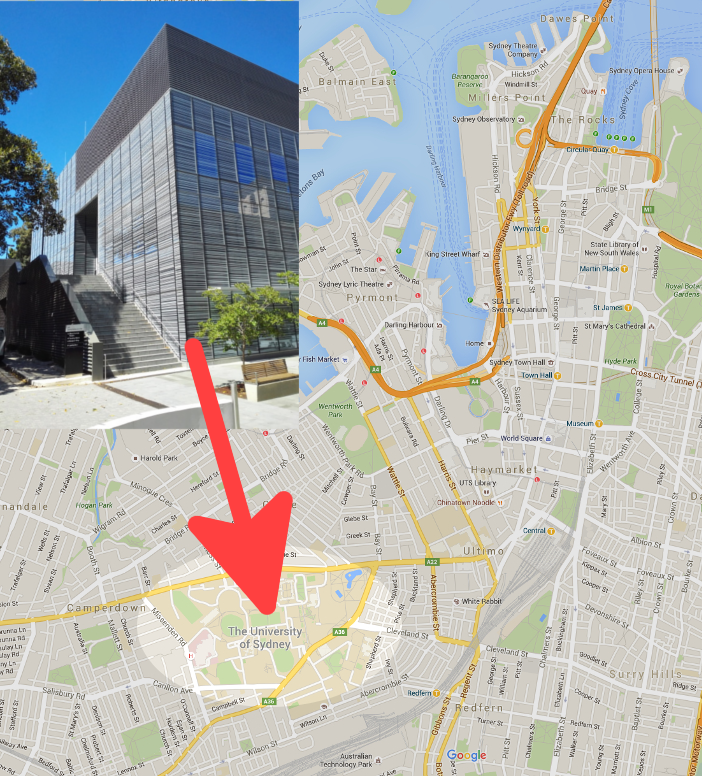 Getting to the Campus from the Airport

The international and domestic terminals of Sydney Airport are served by a regular Airport Train service that is connected to Sydney's suburban train network. Take the train from the International Airport Station or Domestic Airport Station to Central Station. A single trip will set you back about $18. When purchasing the fare at the ticket window, you have the option of buying a single-trip ticket valid only for the train ride, or an Opal Card, a reusable smartcard ticket valid on all forms of public transportation in Sydney (more below).

From Central Station, the University's Camperdown Campus is a 20-minute walk down George St/Broadway/Parramatta Rd (it's the same street; it just changes names a few times on a 2-km stretch).

Alternatively, you can catch a bus from Central Station's Railway Square Stand M (all buses departing from Stand M, with the exception of 431, stop at the University's main entrance on Parramatta Rd). You will need an Opal Card if you go with the bus option, which must be purchased before you board the bus.

About $40 to $60, depending on traffic and time of the day. There is absolutely no need to tip your driver. Payments by credit card/debit card/EFTPOS incur a 10% surcharge.

Many sidewalks around Sydney are designated shared paths, to be used by both pedestrians and bicycle riders. These paths are always signposted, and cyclists must give way to pedestrians.

Not the walking sort? Sydney's public transport system features a network of trains, buses, ferries, and light rail (trams). From Campus, northbound buses departing outside the Campus's City Rd entrance and eastbound buses departing outside the Parramatta Rd entrance mostly terminate at Martin Place Station in the City Centre, all stopping at Central Station along the way. Official timetables can be found on the Transport Info website, but Google Maps also does a very decent job. To ride on public transport you will need an Opal Card.

Opal Cards are reusable smartcard tickets valid on all forms of public transportation (trains, buses, ferries, and light rail) in Sydney. They can be purchased at the ticket windows at the International Airport and Domestic Airport Stations, at Transport Customer Service Centres at major train stations (including Central Station), and at many retailers such as newsagents, post offices, supermarkets, and convenience stores (e.g., 7-eleven). There is no deposit on the Card: what you pay is the actual value loaded on the Card. You can top up the Card at the same places that sell them or using a top-up machine at select train stations.

Unlike some other smartcard systems in the world, using the Opal Card is a two-step process: you tap the Card on the card reader once when you get on (tap on), and once more when you get off (tap off). The latter action is required to calculate the correct fare for the distance travelled. You will be charged the maximum fare for your trip if you don't tap off.

Each passenger must have a separate valid Opal Card to travel. Persons travelling together cannot use the same Card.

When leaving Sydney you can in principle request a refund of the balance on your Opal Card. However, the refund is made either by bank transfer to an Australian bank account or by cheque sent to an Australian address. So best not to overload your Card too much.