CALIFES is an electron linac located in the experimental area of the CLIC Test Facility 3 (CTF3) at CERN.  The linac is capable of producing an electron beam with a wide range of parameters.   The beam is generated by a photo-injector gun, by shining an UV-laser on a Cs2Te photocathode. The gun can produce low emittance bunches (< 2 mm mrad) with high charge (up to 1.5 nC), either in trains with a few 100 bunches spaced at 1.5 GHz, or as single bunches.  After the gun the bunch is compressed using a 3 GHz S-band structure used as a velocity buncher, in order to compress the bunch to a length adjustable from 300 um to 1.2 mm.  The beam is subsequently accelerated in two S-band accelerating structures to a final energy of up to 200 MeV.  A single 3 GHz klystron equipped with an RF pulse compressor is used to power the accelerating structures. The maximum machine repetition rate is 5 Hz.

The key CALIFES parameters for the facility, as it exists today, are listed in the table below.

While the above table describes the parameters that would be available at mid-2017, we also  also welcome ideas for CALIFES uses that would require modifications to the current facility to provide different operating parameters (for example bunch compression).

The CLEX experimental hall is 41 m long.  The CALIFES linac currently occupies 23 m, while 17 m is currently used for the CLIC Two Beam Module tests and instrumentation tests.  The space from the linac to the wall is 1.85 m.  The follow sketch shows the layout of CLEX. 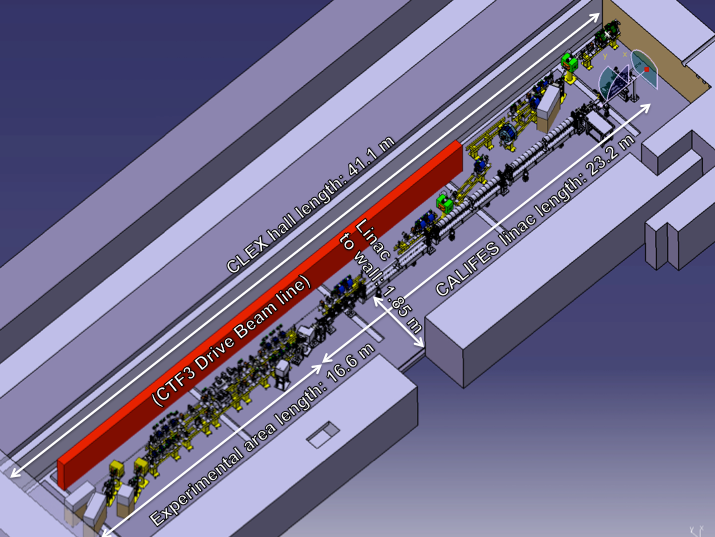 The following picture shows CALIFES in its entire length, from the photo injector looking downstream the linac.  As can be seen, the experimental hall has very accessibility and ample space for installation of new experiments. 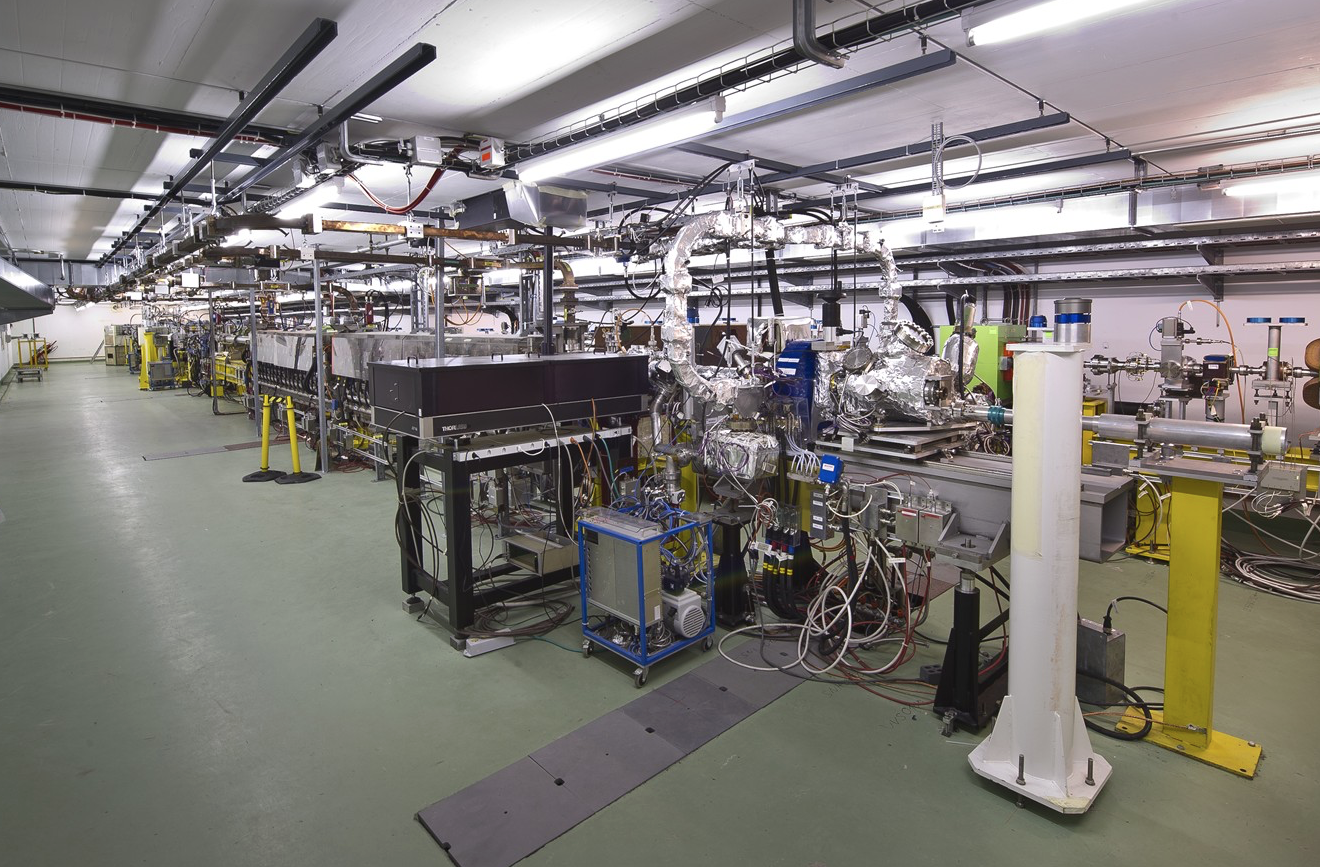 More information about CALIFES and preliminary ideas for its use can be found in this document.