Information about the excursions will appear here shortly 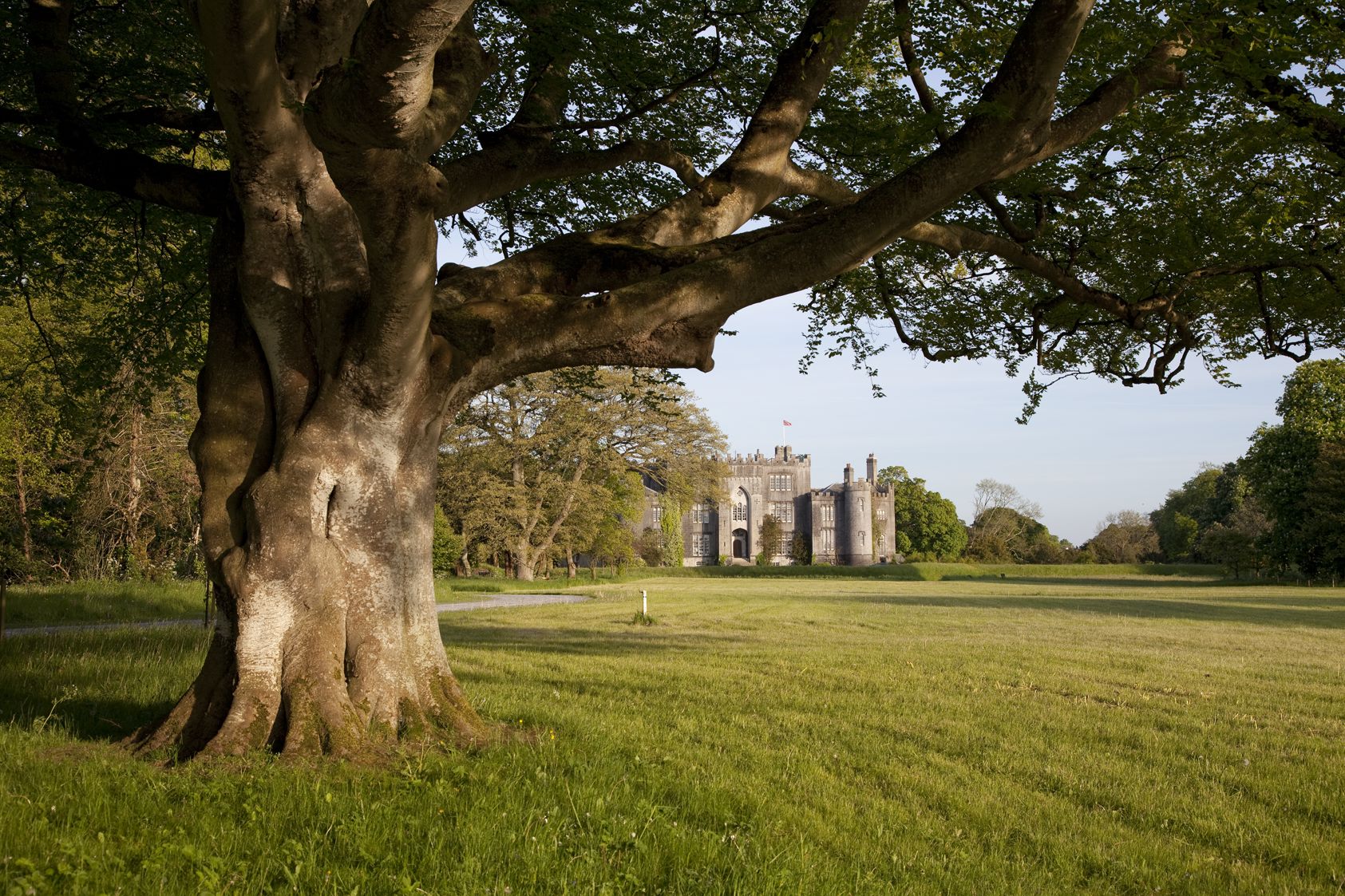 Birr Castle Gardens and Science Centre is a most extraordinary place.  Created over generations it is an environmental and scientific time capsule.  Birr Castle is home to the remarkable Parsons family since 1620.  During their time at Birr Castle they have been responsible for the Great Telescope, built in 1845, which remained the largest in the world for over 70 years, the steam turbine engine, and so much more.  During your visit to Birr Castle Demense  you can enjoy 120 acres of parklands with trees from the 4 corners of the globe, the 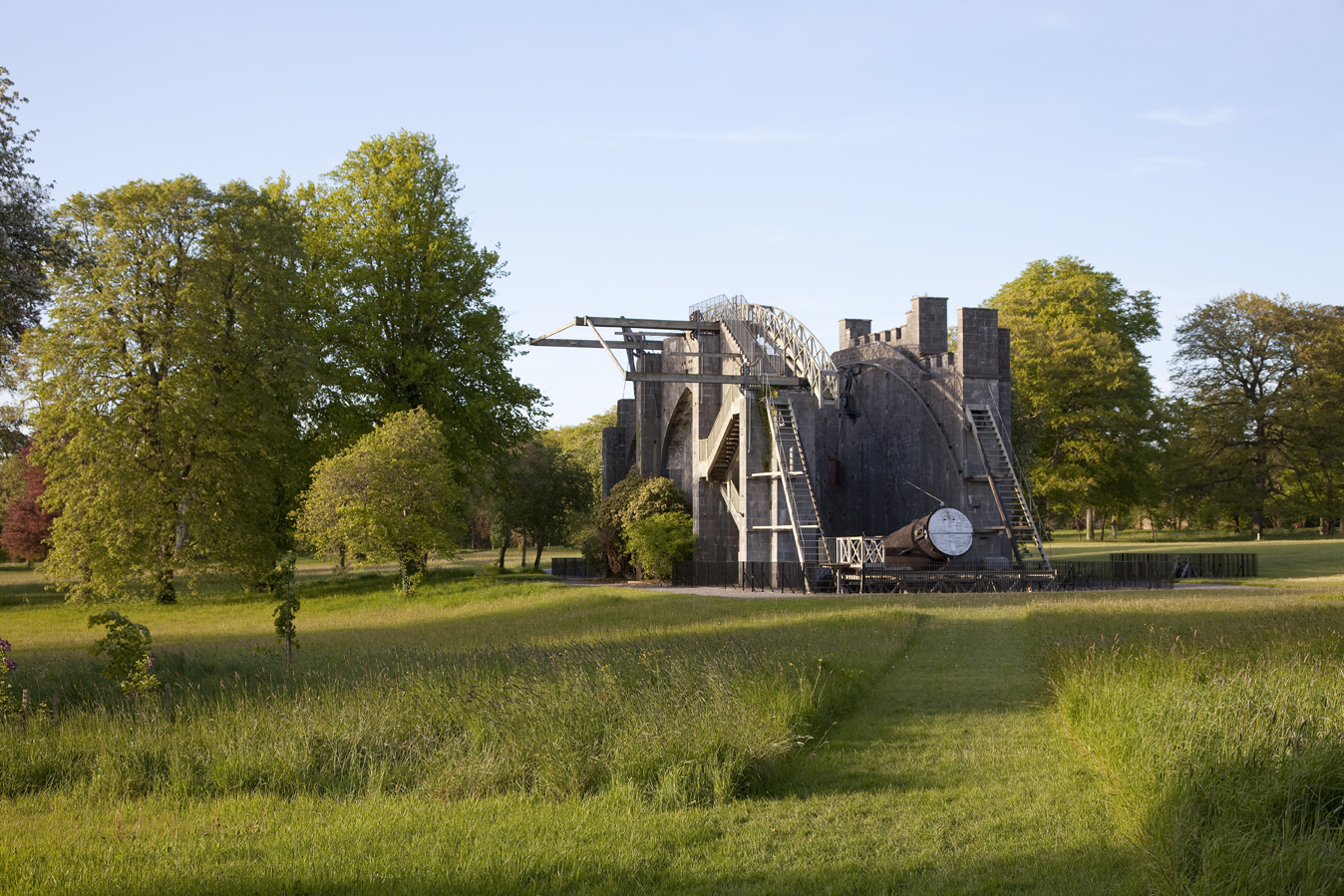 Great Telescope, our historic Science Centre, Ireland's tallest treehouse and the world's tallest box hedges.   In 2017 the I-LOFAR telescope was built and switched on in Birr Demesne and today is part of the world's largest radio telescope network.

The monastery of Clonmacnoise is situated in County Offaly, Ireland on the River Shannon south of Athlone.  Clonmacnoise was founded in 544 by St. Ciarán. Until the 9th century it had close associations with the kings of Connacht. The strategic location of the monastery helped it become a major centre of religion, learning, craftsmanship, and trade by the 9th century and together with Clonard it was the most famous monastery in Ireland, visited by scholars from all over Europe. From the ninth until the eleventh century it was allied with the kings of Meath. Many of the high kings of Tara and Connacht were buried here. Boyne Valley is Ireland's most historic valley and site of the ancient burial place of the Kings of Ireland. After a stop for lunch en route, we visit Brú na Boinne Visitor Centre, which interprets the Neolithic monuments of the Boyne Valley. Included is a visit to Knowth for a walk around this spectacular passage tomb complex.

Knowth's two burial chambers have the richest and largest collection of megalithic art in Europe. The great mound of this spectacular site is outlined by 127 massive kerbstones. Also sited in the Boyne Valley is the seventh century monastic site of Monasterboice, with its famous high cross, which we will visit, time permitting.

At the Hill of Tara, Irish myth, legends and history are one - this magical site has been home to gods and goddesses, to druids and warriors, and to Ireland's High Kings. Though best known as the seat of the High Kings of Ireland, the Hill of Tara has been an important site since the late Stone Age, when a passage-tomb was constructed there. Tara was at the height of its power as a political and religious centre in the early centuries after Christ.

We continue to Trim Castle, which is the largest remaining Anglo-Norman castle in Europe. Its unique keep provides the most spectacular evidence of late twelveth and early thirteenth century Anglo-Norman domination in Ireland.

Just south of Dublin is the county of Wicklow, wonderland of mountains, lakes and valleys that is justly named the 'Garden of Ireland'. We will visit Glendalough, once the site of a monastic city and centre of European learning in the Dark Ages (c. 500 A.D.), and include a visit to the Glendalough Display Centre. The monastic site remains include a superb round tower, stone churches and decorated crosses.  Glendalough is also a great starting point for both short and longer hikes in the beautiful Wicklow Mountains.  If the weather is good, there will be the option of a guided 2 hour hike with an ascent of 400 m to a viewpoint.  Wear appropriate shoes and pack a raincoat if you are interested in this.  This is a reasonably energetic hike.

... And the weather turned out perfect!

The tour will include a visit to Trinity College Dublin including the Book of Kells and the Science Gallery, and a sightseeing tour of Dublin City, including the Guinness Brewery.