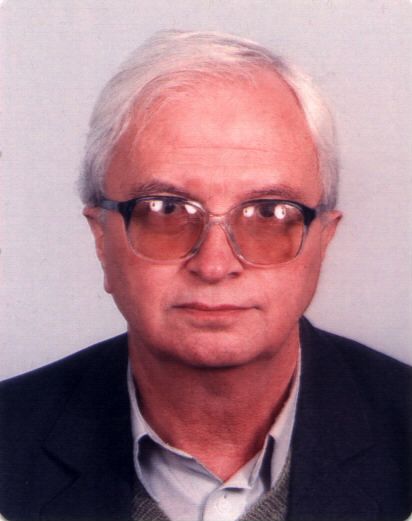 Prof. Anton N. Antonov completed his university studies at the Kharkov State University, in Ukraine, and succeeded the very selective examinations based on Minimum Landau in Theoretical Physics. He obtained his PhD with a thesis on High-Energy Electron and Proton Scattering by Nuclei in the Alpha-Particle Model under the supervision of Prof. E. V. Inopin. The original idea was to consider the scattering on pre-formed alpha particles in nuclei, highlighting the role of clusters. Back to Bulgaria, in 1973 he integrated the Institute of Nuclear Research and Nuclear Energy (INRNE), sharing his activity between Shumen and Sofia.

Prof. Antonov obtained the degree of Doctor of Science with a study on Nucleon-Nucleon Correlations and Characteristics of Nuclear Structure and Nuclear Reactions. He is 'the' expert of nucleon-nucleon correlations (short-range, tensor, long-range, ...) that play an important role in the structure of nuclei and the dynamics of nuclear reactions. He developed (with I. Z. Petkov and V. A. Nikolaev) the Coherent Density Fluctuation Model (CDFM), based on the delta-function approximation to the Generator Coordinate Method. The ansatz is that the One-body Density Matrix (ODM) of a finite nucleus can be expressed as an infinite superposition of ODM's of homogeneous pieces of nuclear matter, called «fluctons», of any size. The probability of each flucton is related to the density distribution of the nucleus. This model enters in several applications: spectral functions and density distributions in nuclei, including exotic and halo nuclei, form factors of light nuclei, description of the scattering of protons and neutrons on nuclei, and, more recently, electrons and (anti)neutrinos on nuclei, explaining the evidence for superscaling.

He established a longstanding collaboration with P. Hodgson. With him and I.Z. Petkov he wrote two monographs, well known by the students and researchers in the field.

He spent most of his career as Professor at the Laboratory of Theoretical Nuclear Physics, at INRNE, being extremely appreciated in his academic activity as lecturer and supervisor of PhD students, who are in turn well known physicists. Having a deep knowledge of west and east civilizations, he initiated and maintained collaborations with selected worldwide laboratories, from Russia to Spain, including France and Italy, Greece and Romania, as well as USA.

Prof. Antonov combines a rigorous and exigent attitude at work, together with a kind and human approach. Beyond physics, he has a passion for arts and history (transmitted to him by his mother, who is recognized for important archeological discoveries particularly in Shumen) as well as for musics (he plays the violin).

This unique background is probably the key for his successful academic and pedagogical career and leadership of his physics group.