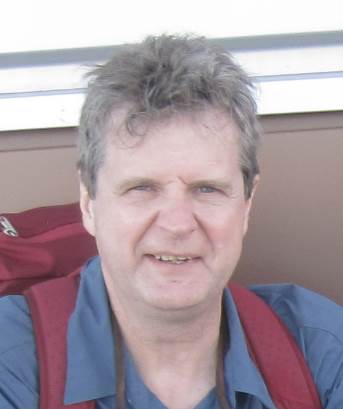 Piet Van Duppen obtained his PhD from KU Leuven (Belgium) in 1985. He went to micro-electronics industry to work on electron beam tester systems but returned to fundamental research and became involved in the Belgian radioactive ion beam project where for the first time beams of short-lived isotopes were post-accelerated for reaction studies. He obtained his habilitation in 1992 and was from 1993-1995 group leader of the ISOLDE facility at CERN. During that period the REX-ISOLDE post-accelerator experiment was proposed that evolved into the HIE-ISOLDE project now in full operation. Next to the work at ISOLDE, his group performs experiments at GSI (Germany), JYFL (Finland), ANL (USA) and TRIUMF (Canada) and has plans for the SPIRAL2 project at GANIL (France).  Since 2001, he is full professor at KU Leuven.
Nuclear-structure studies of exotic nuclei and their production using laser ionization are his field of interest. He is studying the way the atomic nucleus is built from protons and neutrons through experimental studies of isotopes with an unusual proton-to-neutron ratio. These so called exotic nuclei have to be produced at accelerators, are often only available in very small amounts and have in many cases a very short half life. The main experimental challenge is therefore to develop and use efficient and selective production (e.g. resonant laser ionization) and detection (e.g. germanium and silicon detectors) techniques. Ground-state and decay properties of different radioactive isotopes are investigated and, after post-acceleration, nuclear reactions are studied. This research is aimed to get a better understanding of the strong- and weak interactions at play in the nuclear medium.

Pierre is a nuclear physicist specialized in radioactive ion beam production and manipulation techniques in ion sources and traps. During its PhD, Pierre developed an ion trap aiming at testing different hypothesis of the Standard Model of elementary particles for the LPCTrap experiment. Pierre moved to CERN-ISOLDE in 2002 as a postdoctoral researcher to contribute to the ISOLTRAP and REX-ISOLDE experiments. He led the ISCOOL ion cooler commissioning and different studies of the so-called charge breeding technique in ion sources in the frame of the EURISOL project. Since 2009 Pierre is physicist at GANIL, where he leads the SPIRAL 1 upgrade which should produce new radioactive beams in 2018, and different technical developments for radioactive ion beam manipulation in traps and ion sources for accelerator and fundamental physics at precision experiments 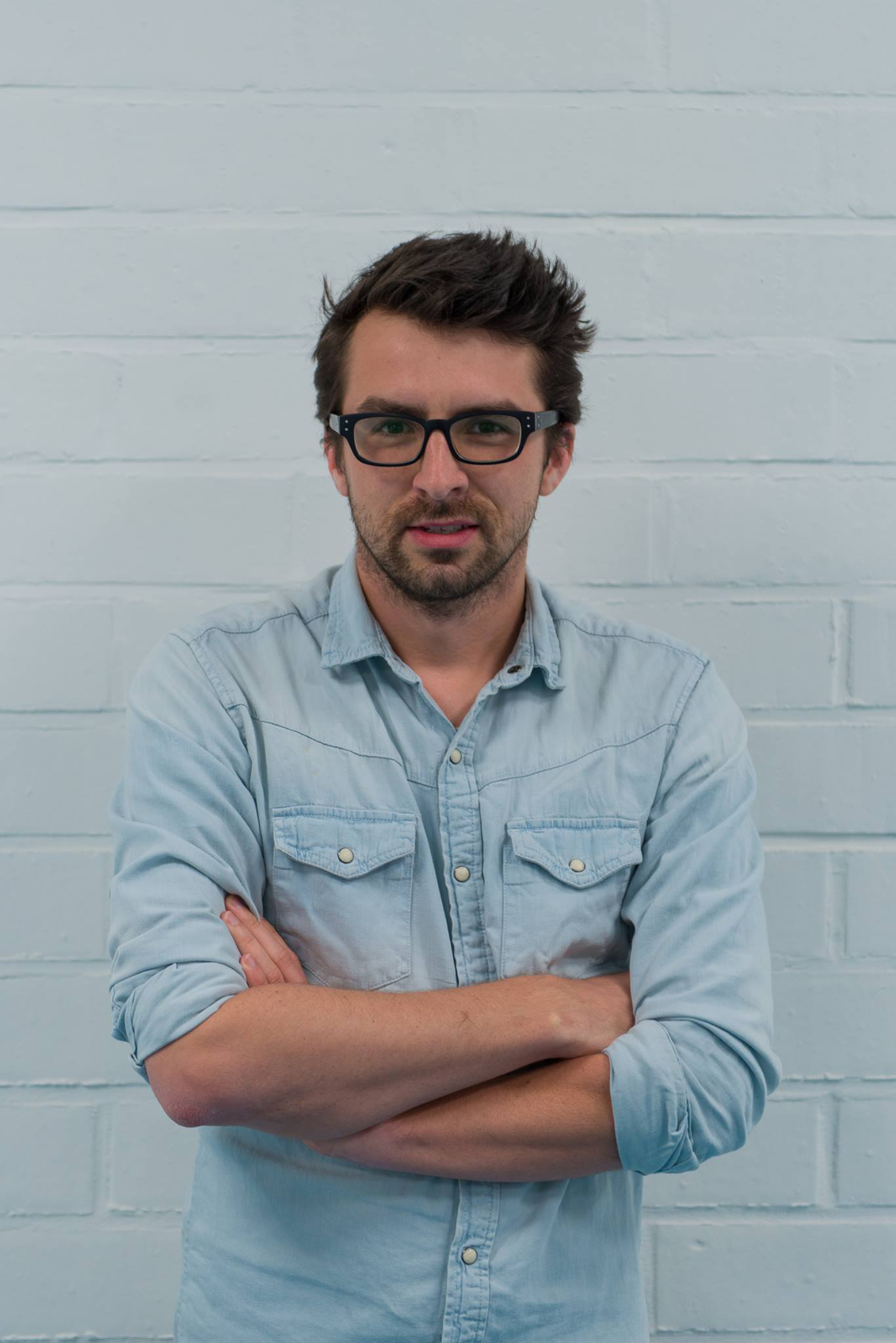 Matthias D’Huyvetter is a research professor at the Vrije Universiteit Brussel (VUB) and a postdoctoral fellow of the Research Foundation-Flanders (FWO). He graduated in 2009 as Master in the Biomedical Sciences at the University of Antwerp (UA). In 2014, he received his PhD in Medical Sciences at the VUB for his work on radiolabeled single-domain antibodies as theranostic drugs for cancer treatment. During his PhD, he spent one year at Duke University Medical Center, North-Carolina USA, under the supervision of Prof. Dr. Michael Zalutsky. Also in 2014, he co-founded the VUB spin-off company Camel-IDS NV/SA. Camel-IDS aims at bringing therapeutic radiolabeled single-domain antibodies into the clinic. In the company, he currently holds the position of CSO. 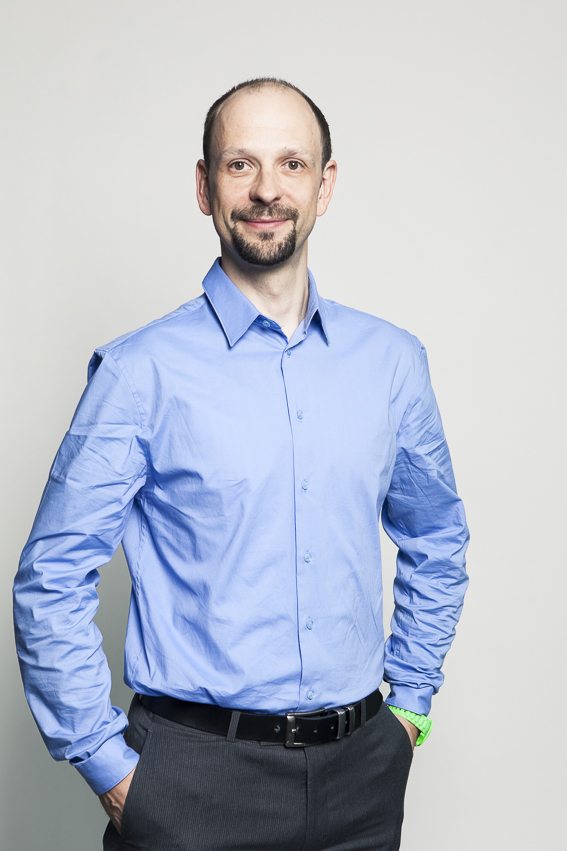 Jean-Michel Geets holds a Master degree in electrical engineering. After being involved since 2002 in project management for IBA (Ion Beam Application), he moved to product management dealing with cyclotron and target development in PET and SPECT applications. He holds various patent in the field of radioisotopes production. As leader or member of two core teams, his recent achievements are the Cyclone® 70-P and the Cyclone® KIUBE development. He is one of the IBA Honorary Fellow recipient and co-chairman of the AIPES  New Technology working group. 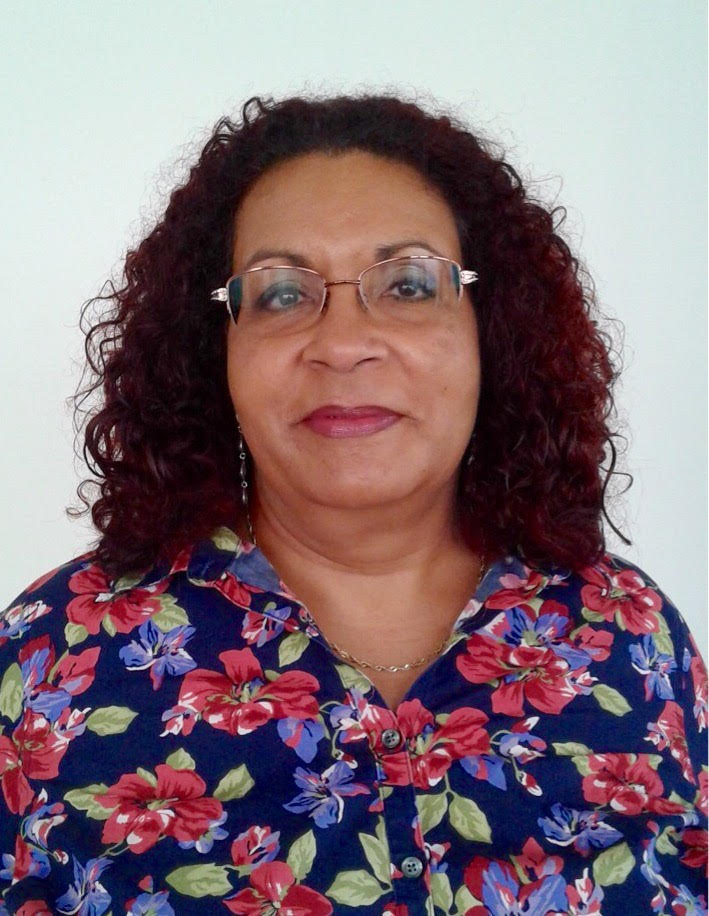 Margaret Mackett is a qualified European Patent Attorney with over 25 years post-qualification experience. She currently works in the High Tech Team of Gevers Patents in Belgium after spending most of her earlier career in UK industrial patent practices.She has a degree in Engineering Science and Technology from Loughborough University and handles a range of technologies (but not chemistry and biotechnology). Apart from her normal day-to-day patent work, Margaret tutors candidates to pass the European Qualification Examinations and is an associate member of the Professional Education Committee of the epi (the association for Professional Representatives before the European Patent Office). In the past, she has also worked with the European Patent Academy in the preparation of modules for the Pre-Examination Online Course, and, has spoken at conferences organized by the Academy. 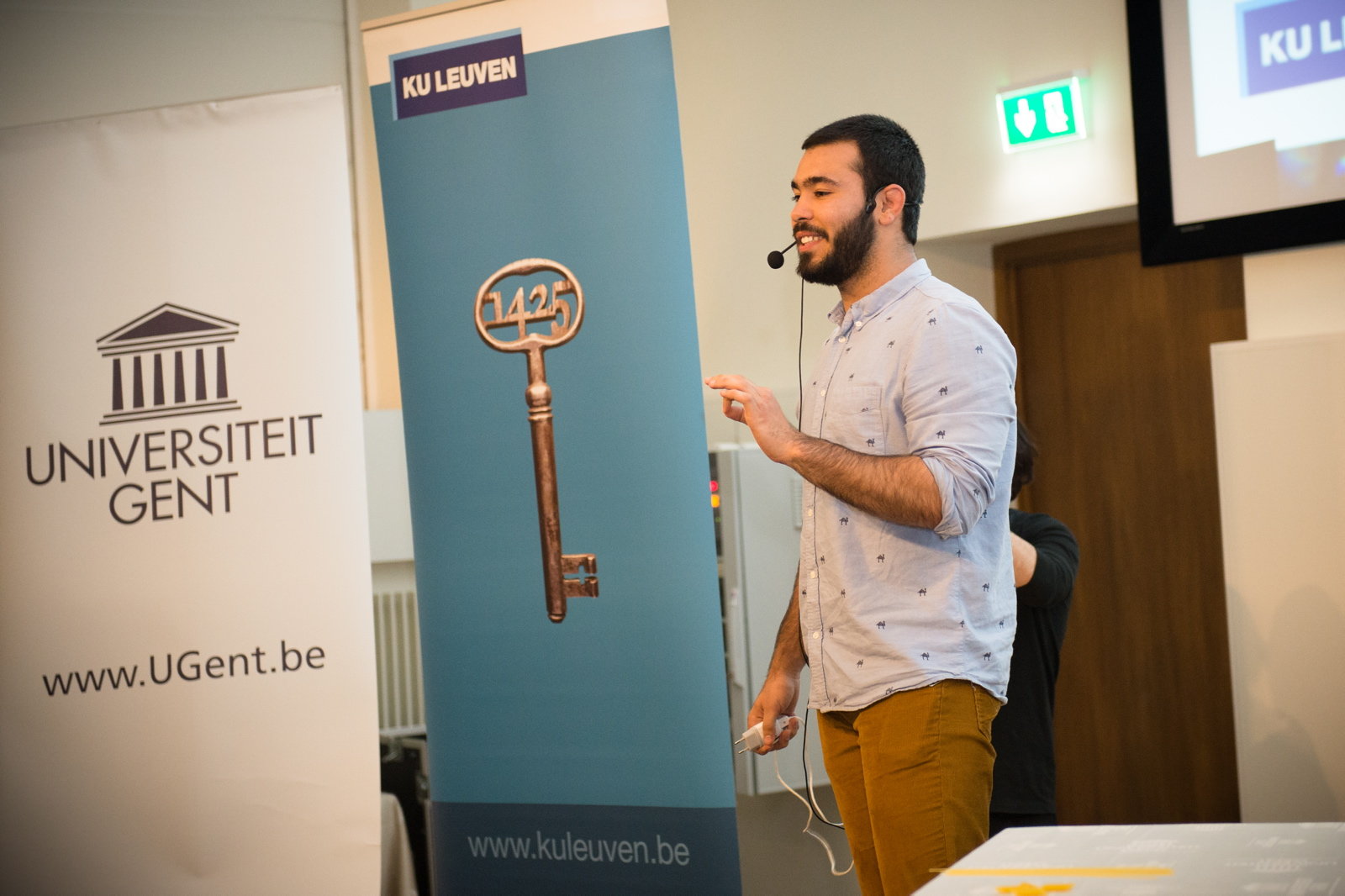 Daniel hails originally from Spain but currently he is doing research about nanoscale superconductivity at KU Leuven as a PhD student. He does science vlogging in his youtube channel ''Mientras en Físicas'' and writes about awesome physics in his blog ''Mientras en Físcas''. He is also passionte about physics memes. 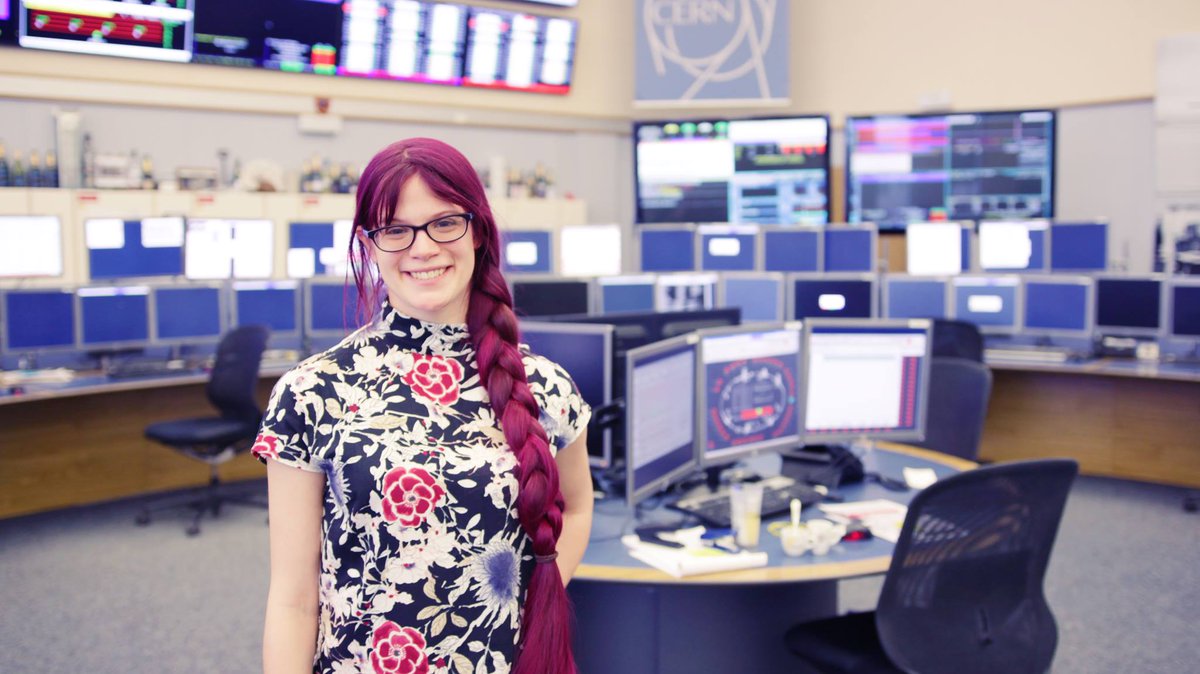 Inés is a PhD student at the University of Oxford researching insect flight and a science communicator. She runs two YouTube channels, Draw Curiosity and Inés-table (in Spanish), making science stories interesting and internationally accessible, and she’s also an enthusiastic, engaging and entertaining educational speaker. 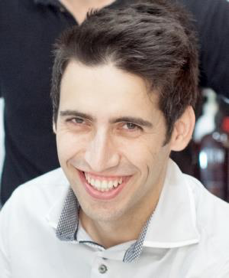 João Pedro Ramos originally graduated in Materials Engineering at the University of Aveiro, Portugal in 2009. In April 2011, during his masters with the same university, he accepted the challenge to develop and engineer the first target nanomaterial to be operated at ISOLDE-CERN – position which was funded through a Portuguese program for young engineers at CERN. With the will to continue the work in nanomaterials for isotope production, in 2012 he got a PhD position at EPFL (Lausanne, Switzerland) which was co-funded by CERN/EPFL. During his PhD he developed unique titanium carbide-carbon nanocomposites where the nanometric titanium carbide was stable up to 2000 °C – a feature never achieved before. Such composites were successfully tested for isotope release and one, operated at the ISOLDE facility. His thesis work granted him a nomination for the EPFL PhD thesis annual prize during his PhD defense. Since October 2016 until the present day, he stayed, for his postdoc, within the same team but had a shift in his research field. He is currently working on the proton to neutron converter concept, in collaboration with TRIUMF and SCK-CEN, to improve the intensity and purity of neutron rich fission fragments for physics research in both TRIUMF and CERN. At the same time, João Pedro is still involved in other materials research projects at CERN and he also insures that the beams delivered at ISOLDE-CERN are of the expected intensity and purity. 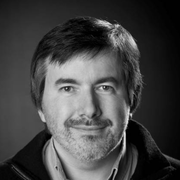 Stefaan Pommé holds a PhD. in Physics and in Chemistry, as well as a degree in Political and Social Sciences. He is currently employed as a scientist by the European Commission, at the Joint Research Centre in Geel, Belgium. His main field of expertise is radionuclide metrology, in particular decay data measurements and primary standardisation of radioactivity. He addressed various theoretical and experimental aspects of nuclear physics, metrology, statistics and analytical chemistry. 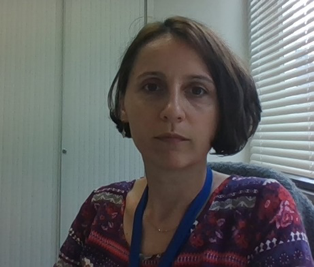 Dr. Lucia Popescu obtained a PhD in nuclear physics at Ghent University in 2005. In the period 2001-2007, she conducted nuclear physics studies at hadron–accelerator facilities in The Netherlands, Japan and South Africa. Lucia joined SCK•CEN in October 2007, starting an experimental campaign for neutron induced fission measurements at the BR1 reactor. Since 2010, she is the coordinator of the SCK•CEN activities within the Belgian research initiative on eXotic nuclei (BriX) network, being involved in experimental studies at Isotope Separation On-Line (ISOL) facilities. In 2010 she became leader of the ISOL@MYRRHA project and built a research group performing physics experiments and R&D for advanced ISOL target technology. In 2010 she became the head of the Physics and Technology Innovation unit, which later evolved into the Proton Target Research unit within the Accelerator Project group of the Advanced Nuclear Systems institute at SCK•CEN. The activities of her group are focused on production of (innovative) isotopes for physics and medical applications 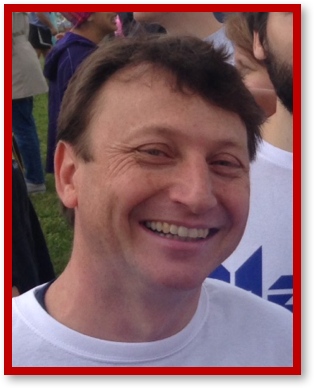 After a PhD thesis at CRPP, Bordeaux (france) on "Discovery of a new horse measurement technique with magnetic nano-colloids" in , and a Post-doc at EPFL, Lausanne (Switzerland), Thierry Stora started his career in 1998at Firmenich, Geneva, the largest private company in the fragrance and flavor industry where he was the Head of Laboratory until 2005.  From 2005 to the present-day, Thierry Stora has been a senior physicist at CERN, Geneva with different responsibilities:

- Project Leader for the CERN-MEDICIS Facility (2012-present) and Project Coordinator of MEDICIS-Promed, the Marie-Sklodowska-Curie Innovative Training Network of the Horizon 2020 EU program which started on 1st April 2015.