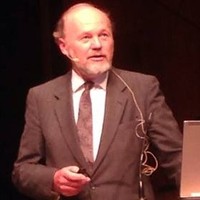 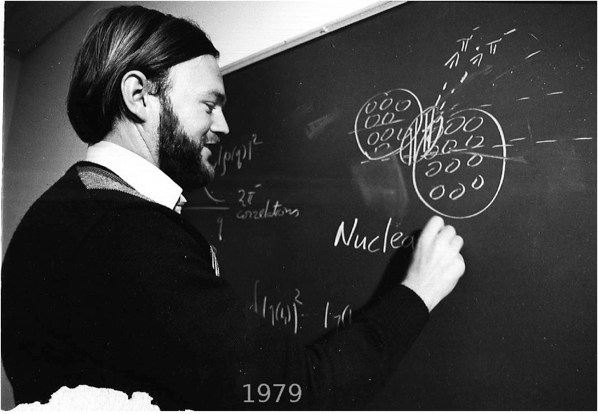 Miklos Gyulassy received his B.A. (1970) and Ph.D. (1974) from University of California Berkeley. He was then a postdoctoral fellow from 1974-1976 with W. Greiner at University of Frankfurt, where his interests turned to the theory of high density nuclear matter and the phenomenology of relativistic nuclear collisions. From 1976 to 1992, he worked at Lawrence Berkeley National Laboratory (LBNL), first as a postdoctoral research associate (76-78), then as a Divisional Fellow (78-81) and as a Senior Scientist (81-92). He moved to Columbia University as a Professor of Physics since 1993 and became a Professor Emeritus of Physics since 2016. He is also the Bian Peng Chair Visiting Professor at Central China Normal University since 2015.

Miklos has made many pioneering and influential contributions to the field of heavy ion collisions. A notable foundational work from his time at LBNL is the proposal of pion interferometry of nuclear collisions. Another seminal idea, well ahead of its time, is his study of shear viscosity for the quark-gluon plasma, with a remarkably brilliant finding of a fundamental quantum lower bound for such transport coefficient. During this early period of his career, he also worked on charmonium dissociation, baryon stopping, quantum transport theory as well as bulk hydrodynamics for heavy ion collisions.  Starting from 1990, Miklos began his long adventure into the physics of jet energy loss, with well-known pioneering papers with Plumer and with Thoma. During the early 1990s, he developed with X.N. Wang the widely used HIJING model to predict exclusive event observables in high-energy pp, pA, and AA collisions. He and collaborators also predicted strong nuclear modification of high transverse momentum jets, later confirmed experimentally at RHIC/BNL and LHC/CERN. Toward late 1990s and early 2000s, Miklos and collaborators developed a systematic framework, widely known as the DGLV (Djordjevic-Gyulassy-Levai-Vitev) theory, for describing the QCD jet quenching and tomography of quark-gluon plasma in heavy ion collisions. In a highly cited 2004 paper, Miklos and Larry together proposed an interpretation of the first three years of RHIC data that pointed to the discovery at RHIC of two new forms of ultra-dense QCD matter: the strongly-interacting quark-gluon plasma (sQGP) and its color glass condensate nuclear initial state (CGC). More recently, he has continued to advance the field by testing strong coupling AdS/CFT holography modeling of heavy ion reactions, quantitatively describing comprehensive global RHIC+LHC data on jet quenching and its azimuthal anisotropy, exploring the microscopic making of sQGP as a possible semi-quark-gluon monopole plasma, as well as understanding the implications of intriguing data on p+A reactions from LHC and RHIC.

Miklos received many recognitions during his career. He received an Alexander von Humboldt Senior U.S. Scientist award in 1986 and a E.O. Lawrence Memorial award from DOE in 1987. He is a Fellow of the American Physical Society and a foreign member of the Hungarian Academy of Science. He was a recipient of the 2015 Hungarian Government Order of Merit Officer’s Cross. He served on the NSAC during 1986-1990 and participated in the 1983 and 1995 NSAC nuclear science long-range planning committee. He has served on numerous advisory committees for national labs, for journals and for international conferences.

In 2015, his outstanding contributions to the field of relativistic nuclear collisions were honored by the APS T. W. Bonner Prize in Nuclear Physics (jointly with Howard Wieman),  “For developing foundational experimental and theoretical tools to enable and guide generations of experiments in relativistic heavy ion physics. The combination of experiment and theory led to the initial discoveries at RHIC, ongoing precision studies of the properties of hot nuclear matter, and to exploration of the nuclear matter phase diagram.”