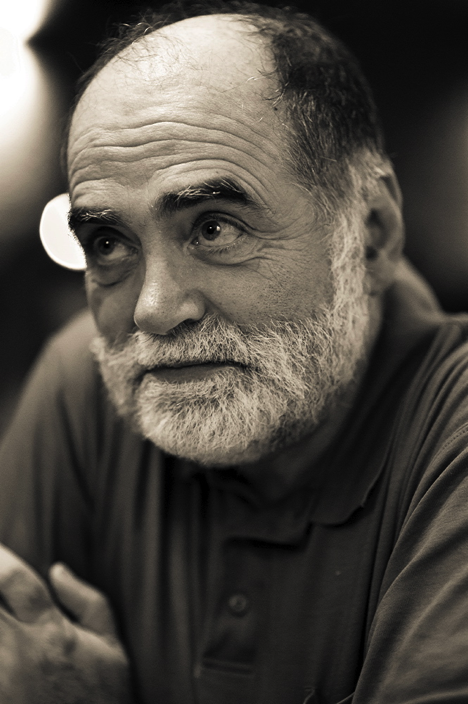 Larry D McLerran received BS (1971) and PhD (1975) degrees from the University of Washington. He was a postdoctoral fellow at MIT (1975-­‐1978), and SLAC (1978-­‐1980), Assistant and Associate Professor at the University of Washington (1980-­‐1984), a member of the permanent scientific staff at Fermilab (1984-­‐1988), and a Professor at University of Minnesota, (1988-­‐2000), where he was the first director of the William Fine Theoretical Physics Institute (1989-­‐1992). In 1999, he became a Senior Scientist and Group Leader (1999-2004) of the Nuclear Theory Group at BNL. He was subsequently Head of theory at the RIKEN-BNL Research Center (RBRC) until 2015. In 2016, Larry moved from BNL to the University of Washington, where he is Director of the National Institute for Nuclear Theory (INT). Larry's awards include the Alfred Sloan Fellowship,  the Alexander Humboldt Prize, the Hans Jensen Prize of the University of Heidelberg, an Honorary PhD and the Liu Lian Shou Professorship at Central China Normal University in Wuhan, and an honorary doctorate from Jagiellonian University in Krakow, Poland.

Larry has made a number of seminal contributions through the course of his career. Larry in collaboration with Barry Freedman, performed the first systematic perturbative QCD computations of strongly interacting matter at extreme baryon densities. In another pioneering work, Larry, in collaboration with Ben Svetitsky, performed the first Monte-Carlo computations of an SU(2) gauge theory at finite temperature. Larry was among the first to advocate that the quark gluon plasma (QGP) could be created in high- energy heavy ion collisions. His groundbreaking early papers on the initial conditions, hydrodynamics and signatures of the QGP played an important role in developing the theoretical foundations underpinning the success of the Relativistic Heavy Ion Collider (RHIC).With Peter Arnold, Larry performed early computations of the sphaleron transition rate essential to estimate the rate of baryon number violation during electroweak baryogenesis. With Raju Venugopalan, Larry developed  a classical effective theory of small x gluons in nuclei, now widely called the McLerran-Venugopalan (MV) model of a Color Glass Condensate (CGC) effective theory.  In collaboration with Jamal Jalilian-Marian, Edmond Iancu, Andrey Leonidov, Alex Kovner and Heribert Weigert, Larry also played a lead role in developing the JIMWLK renormalization group (RG) equations of the CGC. The development of the CGC has generated significant progress in our understanding of the initial conditions in heavy ion collisions and of the thermalization of the produced matter. Larry's papers on this non-equilibrium matter, he and Tuomas Lappi coined the Glasma, have strongly impacted the quantitative description of data from heavy ion collisions at RHIC and the LHC. Larry's deep understanding of topological transitions led him to propose with Dima Kharzeev and Harmen Warringa that a topological Chiral Magnetic current could be generated in the strong magnetic fields present in the Glasma. Another similarly creative idea is Larry's proposal with Rob Pisarski of a Quarkyonic phase of dense baryonic matter, where the pressure behaves like that of a system of interacting quarks albeit matter in this phase is confined.

In addition to his creative accomplishments, Larry has demonstrated noteworthy scientific leadership and mentorship. As director of the Fine Theoretical Physics Institute at the University of Minnesota, Larry played a key role in recruiting outstanding Russian scientists to Minnesota and elsewhere after the fall of the Soviet Union. As Group Leader of the BNL Nuclear Theory Group, Larry transformed it into a world class group. As theory group leader of the RIKEN-BNL Research Center (RBRC), Larry played a major role in the hiring and training of outstanding young scientists both in the US and worldwide; he continues these efforts as Director of the INT.

In 2015, his outstanding contributions to the field of QCD theory and relativistic nuclear collisions were honored by the APS Herman Feshbach Prize in Theoretical Nuclear Physics, “For his pioneering contributions to our understanding of quantum chromodynamics at high energy density and laying the theoretical foundations of experimental ultrarelativistic heavy ion collisions. His work has been a crucial guide to experiments at RHIC and LHC, and he has mentored a generation of young theorists”.