Welcome to NICA days 2017 in Warsaw 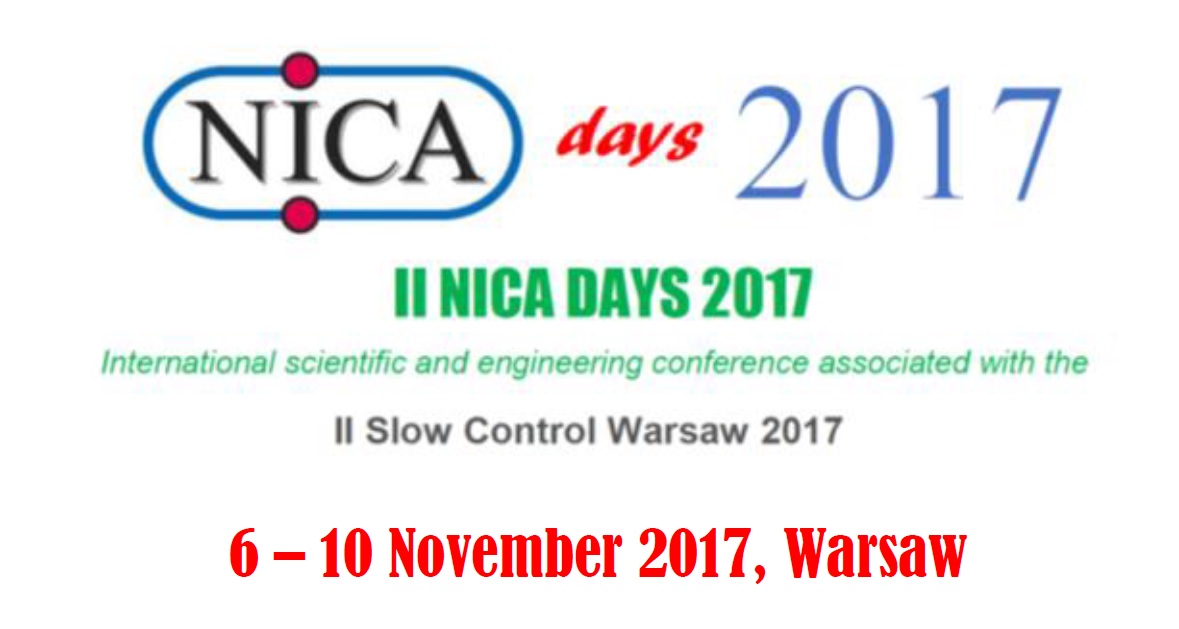 "The Nuclotron-based Ion Collider fAcility (NICA) is the new flagship of the Joint Institue for Nuclear Research."

A new mega-project NICA is being developed at JINR in Dubna. The project is in advanced stages of realization. Considering that, it is a perfect moment to present its actual state and to find new people from scientific and engineering environment, companies and students for further development and cooperation.

This conference will bring together experts, scientists, engineers and students interested in heavy ion physics and in various aspects of design and construction of  measuring equipment for NICA experiments.

These topics will be covered with review reports, invited and contributed talks and the progress reports. We encourage you to participate and to submit the abstract of your talk or poster.
NICA-days are associated with II Slow Control Warsaw 2017, which will be held at the same place and time. Common sessions are envisaged as well, expecting interests of participants in the topics of both conferences.

The organizers plan to publish the lectures delivered at the conference in Acta Physica Polonica B Proceedings Supplement. Here you will find materials from the NICA 2015 conference.

Disclaimer:
The banner picture on top of this page is adapted from oryginal http://jinr.com.pl.
The background picture in the poster is adapted from Wiki
These files are licensed under the Creative Commons Attribution-Share Alike 3.0 Unported license.