The 6th Conference of the Polish Society on Relativity

"What is the origin of the elements? We knew for  a long time that  common elements like Carbon, Oxygen, Nitrogen, Silicon and Iron are synthesized within Stars, like our sun and are thrown to outer space in Supernova explosions.  However, what is the origin of the heavier elements, the rare elements like Platinum and Gold was not clear. In recent years it was realized  that mergers of binary neutron star, a rare type of compact and condensed stars, are the foundries of these rare elements. This theoretical realization was confirmed in 17 August 2017 with the tantalizing discoveries by LIGO and Virgo of gravitational waves from a binary neutron star merger that was followed by an optical infrared light that signaled the formation of these elements. In this talk I explain in five easy steps how nature makes gold." 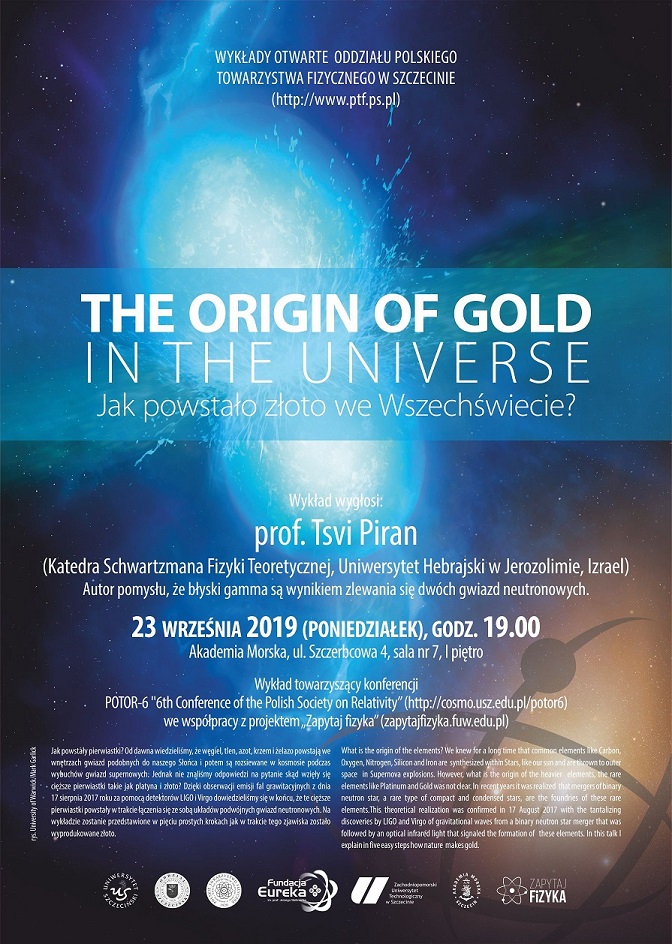