Wuhan is the capital city of Hubei province and is the most populous city in central China. It lies at the intersection of the middle reaches of the Yangtze and Han River. Arising out of the conglomeration of three boroughs, Wuchang, Hankou, and Hanyang, the three towns, separated by the Yangtze and Hanshui rivers, are linked by bridges. Since the municipalities are so closely connected by waterways, Wuhan is also called the "city on rivers." Wuhan is known as "the thoroughfare leading to nine provinces"; it is a major transportation hub, with dozens of railways and expressways passing through the city. Nowadays Wuhan is recognized as the political, economic, financial, cultural, educational and transportation center of central China.

There are direct international flights from major US, European, and Asian cities to Wuhan Tianhe Airport. Non-stop flights are available from Hong Kong, Moscow, Osaka, Tokyo, Nagoya, Shizuoka, Paris, San Francisco, Seoul, Singapore, Taipei. You may also fly to major Chinese port cities like Beijing, Shanghai and Guangzhou and then take domestic connection flights or fast trains to Wuhan. Travel time from Beijing or Shanghai to Wuhan by fast trains is about 4-5 hours. Local transportation between train stations and airports normally takes 0.5-2 hours.

A good web site to search for flights within China or originating from China is http://www.kayak.com/. Another reputable and good web site for booking domestic flights and train tickets is http://english.ctrip.com.

Note: If you plan to take taxi, please take taxi from the official taxi stations outside gates of airport terminal or railway stations. The instructions for international guests to be shown to taxi drivers are available via following links: 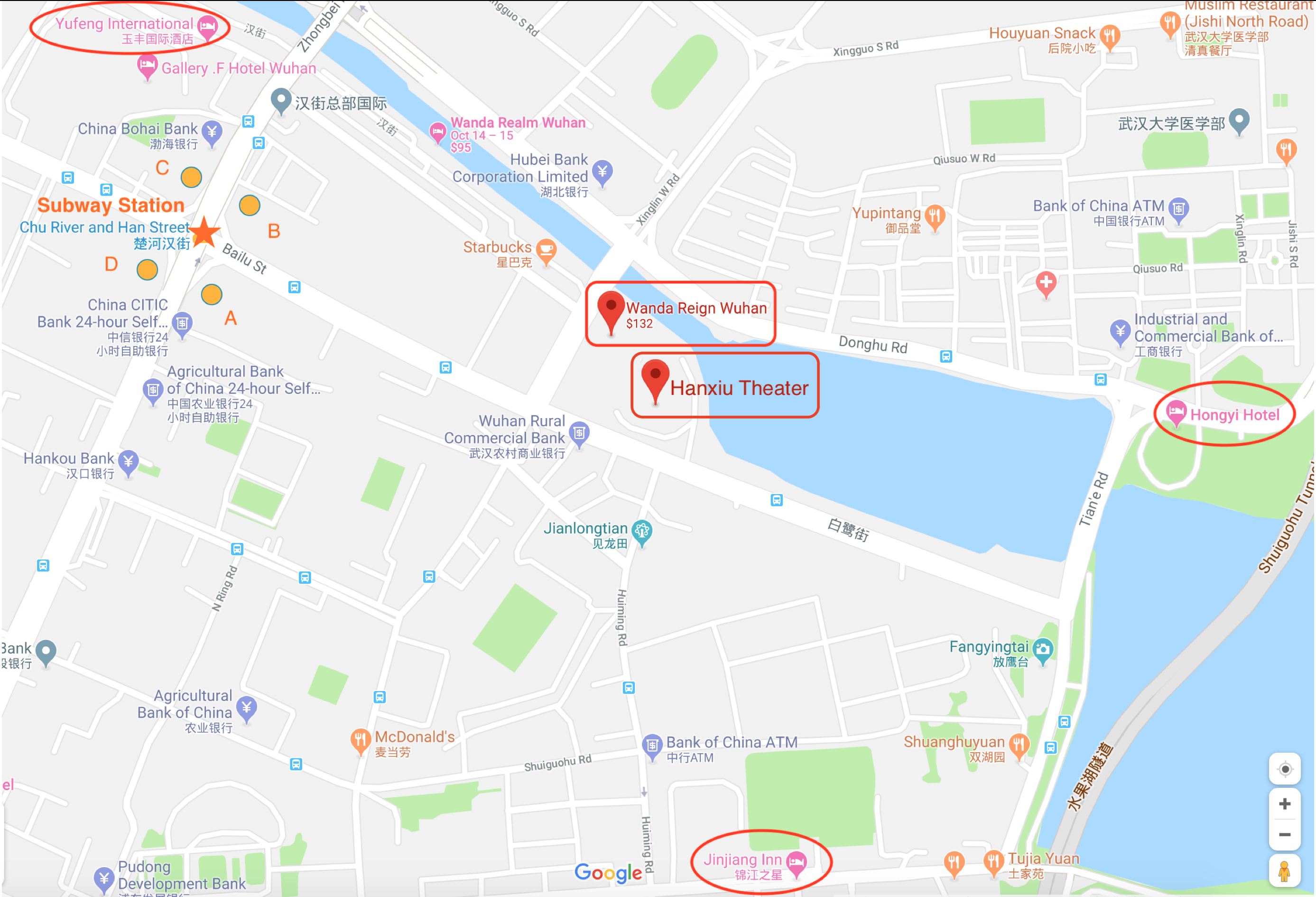 From Wuhan railway station to Chu He Hanjie(楚河汉街) Station