Wuhan is the 5th largest city in mainland China and the biggest city in the central part of China. It is also a major transportation hub in central China. Wuhan is the capital city of Hubei province and has a population of 10 Million. The city of Wuhan has over 3500-year-long history and is the birth place of the Chu culture. Wuhan has also played a very important role in the modern history of China as Wuhan people did the first uprising to end the Qing dynasty before the Republic of China.

Wuhan is aside by Yangtze River, and it is often called “city of rivers & lakes”. It is divided by Yangtze river and Han river into three main districts: Hanyang(汉阳), Hankou(汉口) and Wuchang(武昌). Hanyang is mainly famous for industry, Hankou is the commercial center and Wuchang is full of universities. It is worthy to mention that Wuhan as a city has greatest number of college students in China.

Wuhan is in fast development, and the slogan of Wuhan is “Wuhan, different everyday”, which is proposed by one of professors from Central China Normal University.

The average high/low temperature in Wuhan during conference week is expected to be 16/24°C（60.8/46.4°F）.The humidity may be high.

There are three types of plugs used in China: three-pronged angled pins, two flat pins (the most common) or two narrow round pins. Electricity is 220 volts, 50 cycles AC.

The plugs available are as shown in the table: 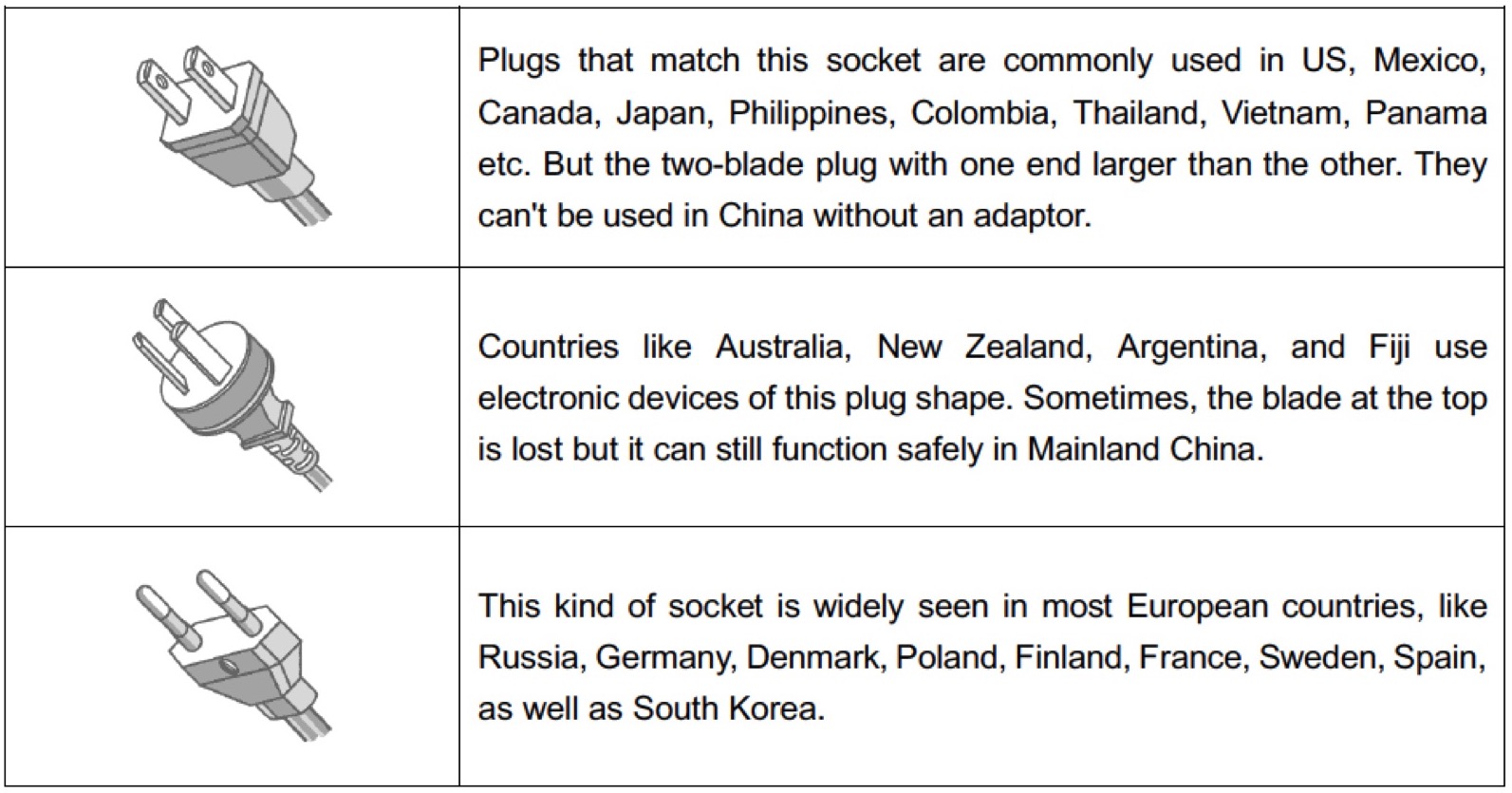