We are pleased to announce the Higgs 2022 Conference that will take place in the on-site format.

The conference will focus on new experimental and theoretical results on the Higgs boson.

Contributions will be organised in several parallel and plenary sessions.

During the the Conference, the ten years anniversary of Higgs boson discovery will be celebrated with a round table opened to the general public.

The round table, in Italian, will be broadcasted here.

The conference is planned to be kept in hybrid format with a substantial in-person participation, in compliance with the relevant COVID-19 regulations at the time of the meeting. We have more than 180 registered participants. To ensure a smooth and stable running of the event, access via zoom to the conference is given with priority to the few speakers who have not been able to come to Pisa in person. To allow a broader participation, we will have two live broadcasts via CERN:

The videos of the presentations will be available on indico with a delay of a few days.

COVID traveler information to enter in Italy can be found here 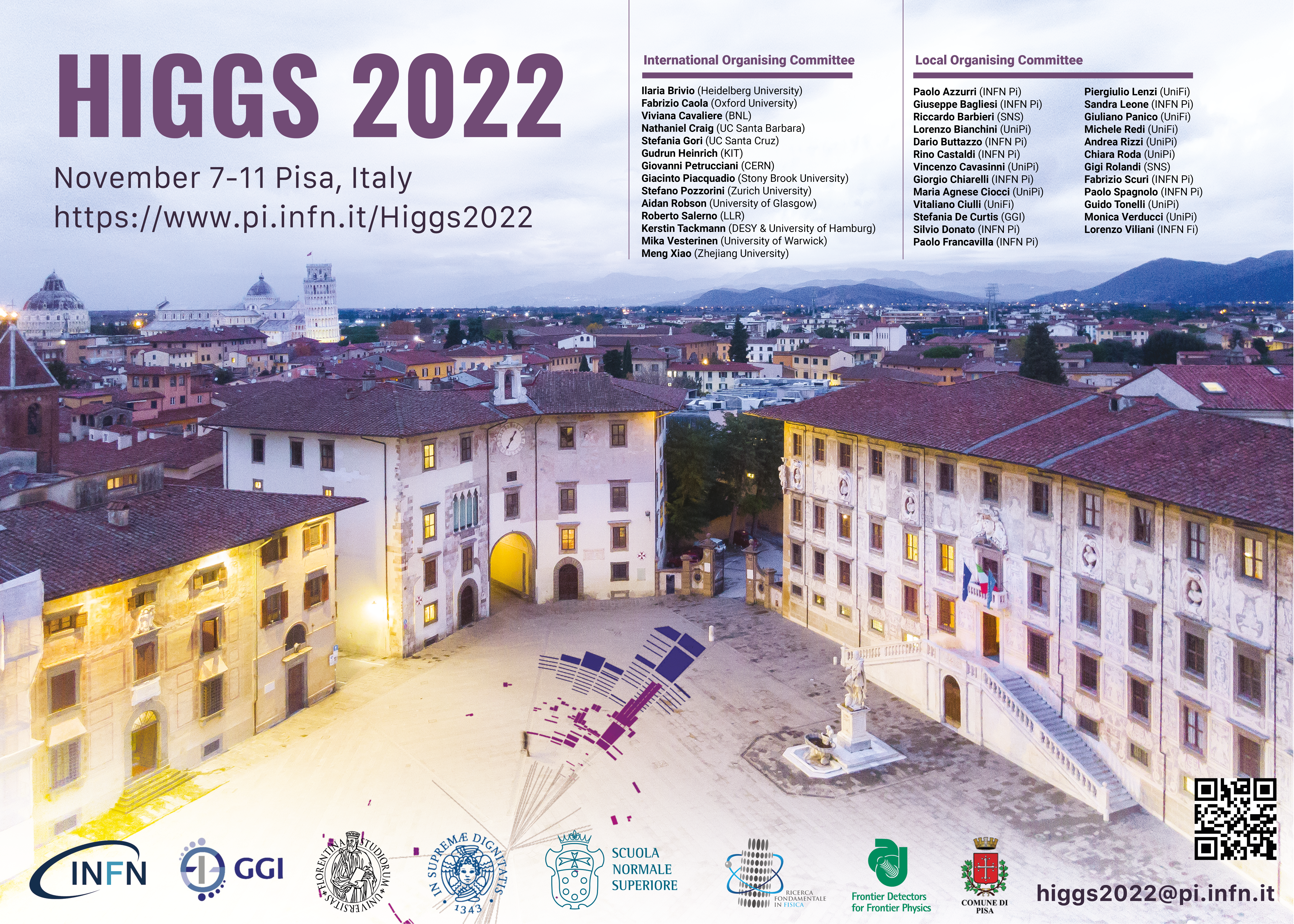