The Technical Program can be accessed via the Timetable Views on the left.

Any individual presenting at and/or attending CEC/ICMC 2019 must be a registered participant. Click here for registration information.

If you have a presentation, you must first login via the upper right corner; then and click on “My Contributions” below “Presentation(s)”.

Session ID’s & Presentation ID’s
The first character of the session ID, C or M, represents the Conference designation, C for the CRYOGENIC Engineering Conference (CEC), M for the International Cryogenic MATERIALS Conference (ICMC). The second character, 1, 2, 3 or 4, denotes the day of the Conference: Monday, Tuesday, Wednesday or Thursday. The third and fourth characters (Or or Po) indicate whether the presentation is in an oral or poster session. The fifth character represents the morning or afternoon time slot and the last character, A-G, differentiates the sessions on a given day. The presentation ID consists of the session ID plus the order within the session. Session ID examples are: C1Po1A (CEC Poster on Monday); M1Or1A (ICMC Oral on Monday). Presentation ID examples are: M1Or1A-01; C1Po1A-01. 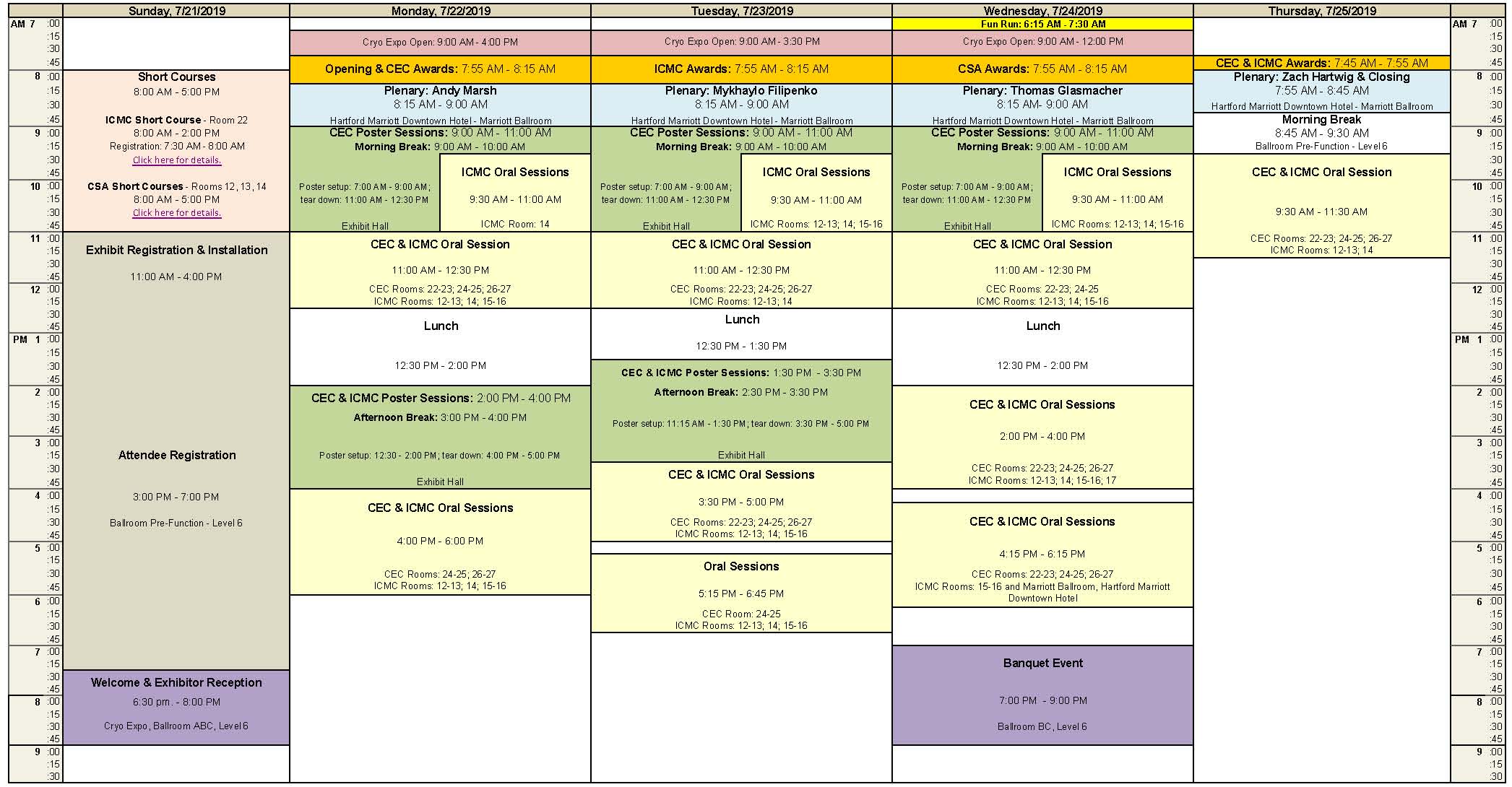 All other conference information can be found on the CEC/ICMC'19 website at http://www.cec-icmc.org.