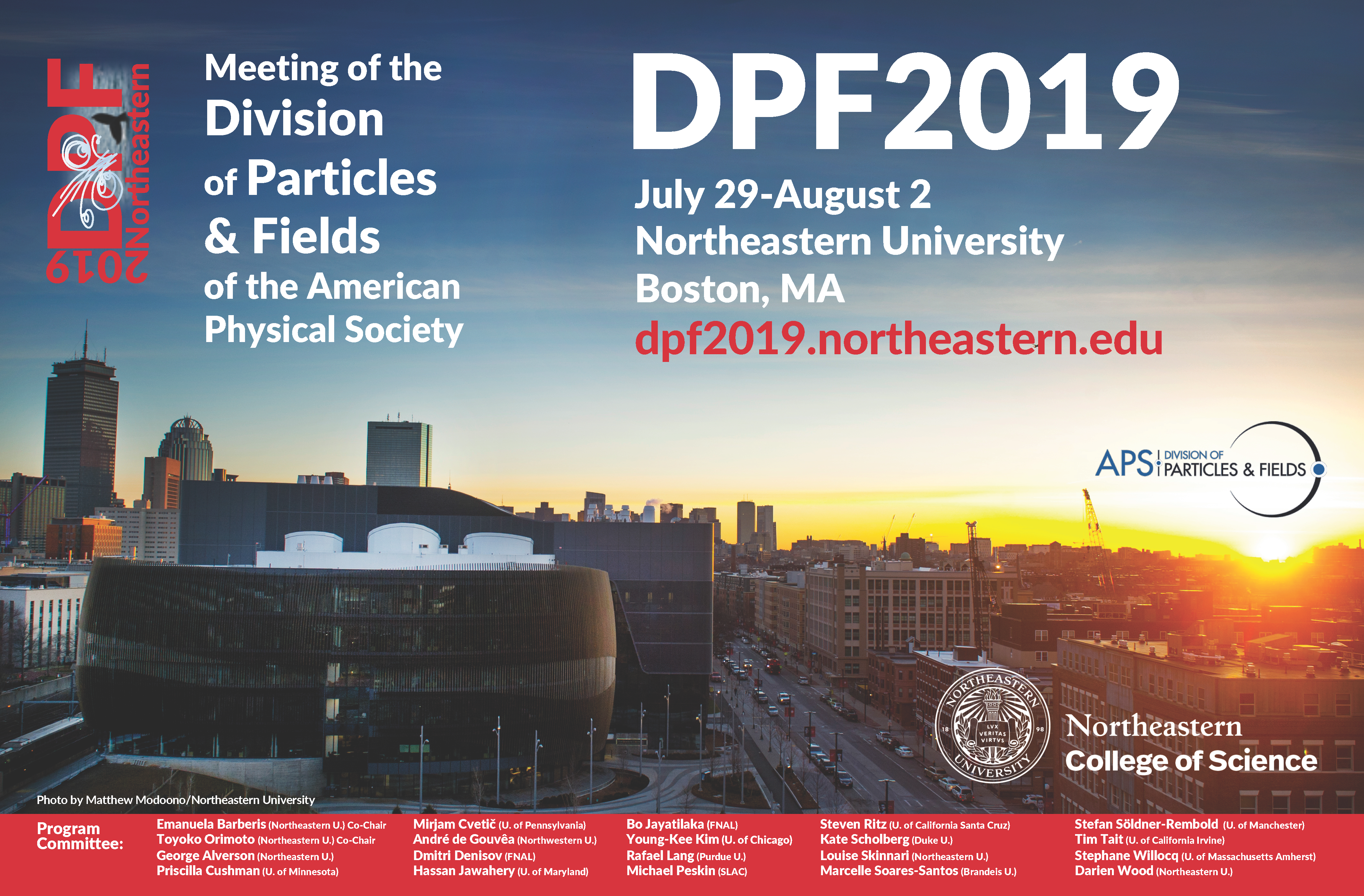 The APS Division of Particles & Fields (DPF) Meeting brings the members of the Division together to review results and discuss future plans and directions for our field. It is an opportunity for attendees, including young researchers, to present their findings at multiple parallel and plenary sessions. Participants will also have the chance to talk with DOE and NSF representatives about funding opportunities. This is the main biennial meeting of the U.S. particle physics community, and it includes substantial international participation.

Plenary and parallel sessions will take place in large lecture halls or classrooms on the Northeastern University campus, located in the heart of Boston.